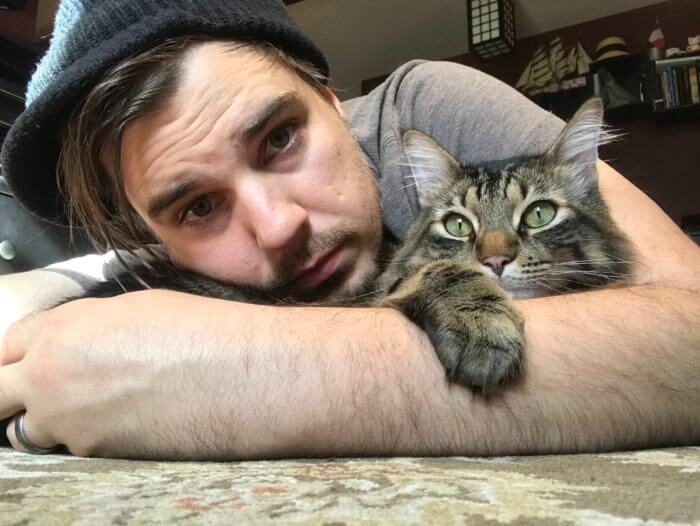 2018 statistics estimate that over 500,000 podcasts exist, but there is no denying that some voices are more at home in the industry than others. Of course, unless you belong to one of the groups that are being ignored, it’s pretty easy to overlook the predominantly white-male podcasting landscape. Luckily, there are people who have noticed the disparity and are working to correct it.

Brendan Hutchins is one of those people. From beta-testing the latest app or website to editing and audio engineering several shows, Brendan has a lot going on, but most significantly he co-founded the Podcast Advocate Network. “My goal for PAN is to have a home for underrepresented voices, to try to have more community building within networks,” Brendan explained. “The goal is to have more collaboration, to have more support.”

Brendan entered the world of podcasting over a decade ago and, as a home-remodeler, began listening to around nine hours of podcasting a day. His love for the medium inspired him to start his own shows and eventually to create PAN when he recognized that the independent podcaster was the key to the industry and that he wanted to help creators reach their full potential.

Of course, with the movement in recent years of celebrities into podcasting, I had to ask Brendan if he still believes that the indie podcaster has a significant place in the industry. “I don’t think that celebrity culture in podcasts will diminish indie podcasts. I think it’s only going to grow the audience,” says Brendan, who sees celebrity shows bringing more listeners to the industry without removing listeners from the independent podcasts’ audiences.

The prediction that celebrity-hosted shows will expand podcasts’ reach has to make those of us examining the industry ask: who in that growing audience will not find shows that reflect their own interests, culture, or perspective? In other words, who are podcasts not reaching? If listeners flood to podcasting only to find that there is little to nothing that resonates with them, the industry will not maintain the consistent growth necessary to seriously rival other forms of media.

Because Brendan has dedicated himself to supporting the creators who will build a more diverse podcasting landscape, I had to ask who exactly falls into the category of “underrepresented.” He immediately thought of women, the LGBTQ+ community, and people of color, but went on to explain that there’s difficulty in answering the question: “It’s really hard to say because I feel like there are so many voices out there that are definitely underrepresented because I don’t even know who they are yet.” Luckily, Brendan isn’t attempting to bring those voices to light entirely on his own, and the communities who don’t see themselves being represented in podcasting are working to move into the spotlight.

But all this talk of voices that aren’t represented had me wondering: is podcasting the most welcoming medium for those voices? Brendan wanted to immediately answer “yes,” but then admitted that he has not studied other mediums as thoroughly as he has podcasting, so that may not be fair. What he would say is that podcasting “is wonderful because it’s so approachable and it’s so easy to build an audience.” That low barrier of entry is a major part of podcasting’s identity and means new voices will continue to be able to join the community.

Talking with Brendan made me think a lot about who may or may not be represented in podcasting and what they can look forward to. Like Brendan, I haven’t spent a lot of time studying other forms of media, but I will say this: podcasting is still new to a lot of people. That newness means that a lot of people have no expectations for the industry, no fixed notion of what it has to be or who it has to feature. That means there is still time for podcasting to add diversity and inclusivity to its identity without a massive overhaul of what it “has always been.” There is still time for us to make podcasting whatever we want it to be, we just have to get started.

This piece on Brendan Hutchins Concludes our new Industry Leaders series. We want to talk about the people who are pushing podcasting forward and hear what they think may be coming to podcasting as a whole. If you have questions about the content, feel free to email me at morgan@podchaser.com.