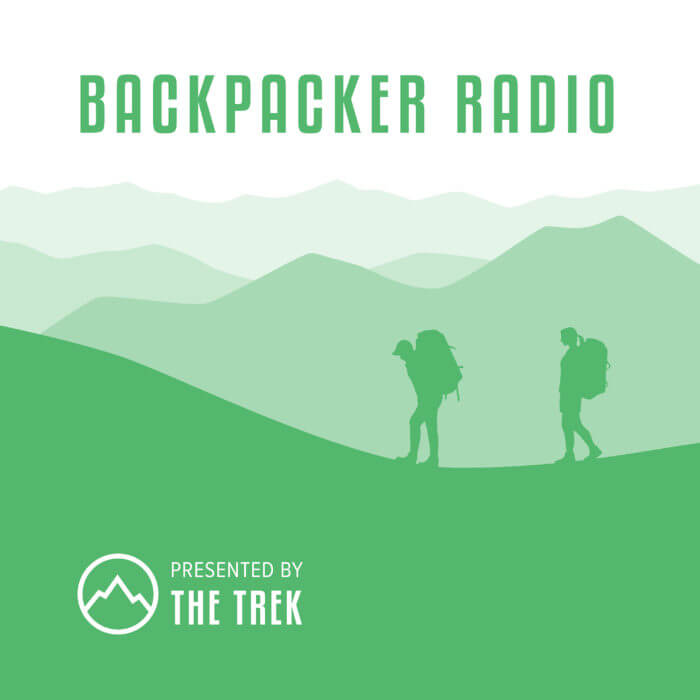 Backpacker Radio: A Podcast that Inspires You to Answer Nature’s Call

Camping is more of a sliding scale than a single activity.  On one end of the spectrum, there’s the extravagant style known as glamping, where the campers best attempt to replicate the comforts and privileges of their usual life. For the group I’m camping with this weekend, glamping is the preferred style. In our group chat, we’ve mostly discussed how to best party it up while off the grid. For them, the appeal of camping lies in a change of scenery for their usual drinking.

On the other end of the spectrum of camping lies me. Instead of glamping, I prefer backpacking, where you put everything you need on your back and simply walk into the woods for a weekend. I enjoy the physical challenge of long hikes, as well as the minimalistic lifestyle and the prolonged isolation from society.

I’ve now committed to what some consider the ultimate backpacking experience, hiking the Pacific Crest Trail – a continuous trail that runs from Mexico to Canada. A few months ago, overwhelmed by the daunting task in front of me, I searched for comfort in a podcast about backpacking. I quickly discovered, Backpacker Radio. While there are a multitude of backpacking podcasts, Backpacker Radio finds its niche in the long distance backpacking that’ll I’ll be doing this summer – called thru-hiking. Over the course of my ravenous consumption of the shows catalog, Backpacker Radio has become my weekly inspiration and guiding light for my future PCT hike.

Because of what the show means to me, you can imagine my giddyness when I got the chance to interview one of the hosts, Zach “Badger” Davis. Zach fell in love with podcasts in 2017, when he, “consumed a near lethal dose of podcasts,” during his own hike of the Pacific Crest Trail. Being the editor-in-chief of TheTrek.co – a vast online resource for thru-hikers – Zach said that “the lightbulb was too bright to ignore.”

So in early 2018, co-hosts Zach and Juliana “Chaunce” Chauncey, interviewed Zach’s trail buddy, Tom “Jabba” Gathman aka The Real Hiking Viking for the first episode. If you’re confused about the proliferation of aliases, so was I at first. What I’ve learned over the course of many episodes is that every thru-hiker is given a “trail name” by their colleagues on the trail. Over the course of their 33 episodes, Badger and Chaunce have interviewed a colorful cast of thru-hikers like: Gummy Bear, Dirt Squirrel, Ballflap, Kickstand, and Scuba Steve.

To get you closer to the trail experience, Backpacker Radio, also releases occasional episodes called “Trail Correspondents”. As Zach describes it, these episodes are “updates from long distance backpackers, directly from the trail.” Zach selects hikers, and gives them a series of questions to answer, ranging from their technology use to the evolution of their hiking groups over the course of the trail. When I asked Zach how he thinks “Trail Correspondents” adds to the larger conversation on Backpacker Radio, he described the show as, “thru-hiking 101, while Backpacker Radio is closer to a masters degree in adventuring and beer drinking.”

On both “Trail Correspondents” and Backpacker Radio, you’ll meet a multitude of down-to-earth hikers with infectiously goofy personalities. Everyone seems so pleased with their lifestyle of choice that I often find myself wanting to start my PCT hike tomorrow.

Long distance backpacking is a long and enjoyable break from life, but as Zach will tell you, it’s not a vacation. “While thru-hiking will undoubtedly result in some of the happiest memories of a person’s life, it’s also wrought with challenges, both physical, psychological, and spiritual. In order to finish, there must be a deeper motivation beyond the pursuit of recreation, because undoubtedly it will stop being fun at times.”

There will always be incidents on the trail that shake you to your core, forcing you to reassess or solidify your motivation for hiking. For Zach that moment is recounted in Episode 4, where he saw his life flash before his eyes as a mountain lion charged directly at him before inexplicably veering away. In the same episode, Chaunce recounts a story where she lost a bet and was compelled by her compatriots to pack a large stale loaf of bread as a pillow. One night, with the bread underhead, Chaunce was awoken by a bear sniffing their campsite. Wide awake with fear, Chaunce was all too well aware of the bear when it eventually decided to take a nap mere inches from her tent.

Since the show often discusses the peaks and valleys of thru-hiking, I was curious to hear about any hurdles that have come while recording Backpacker Radio. Interestingly, Zach’s answer mirrors what many have said after completing their first thru-hike, “We had no idea what we were doing going into it, and consequently made every mistake possible.”  Now Zach and Chaunce have their set-up dialed in, but recording the show isn’t quite a walk in the park. Echoing many of the podcast hosts we’ve interviewed, Zach says that, “going from outlining a show to releasing it to the public requires much more work than I had originally anticipated.”

Currently, every Backpacker Radio interview is recorded in Denver, but Zach has high hopes for the future. He looks forward to eventually, “getting on the road and bringing more people’s stories to our audience.” But in true hiker trash fashion, Zach jokes that this goal is, “mostly just an excuse to travel.”

So if you’re looking to delve deeper into backpacking, or just want to hear what it’s like to live on trail, give Backpacker Radio a shot and let us know when you think by rating it on Podchaser!