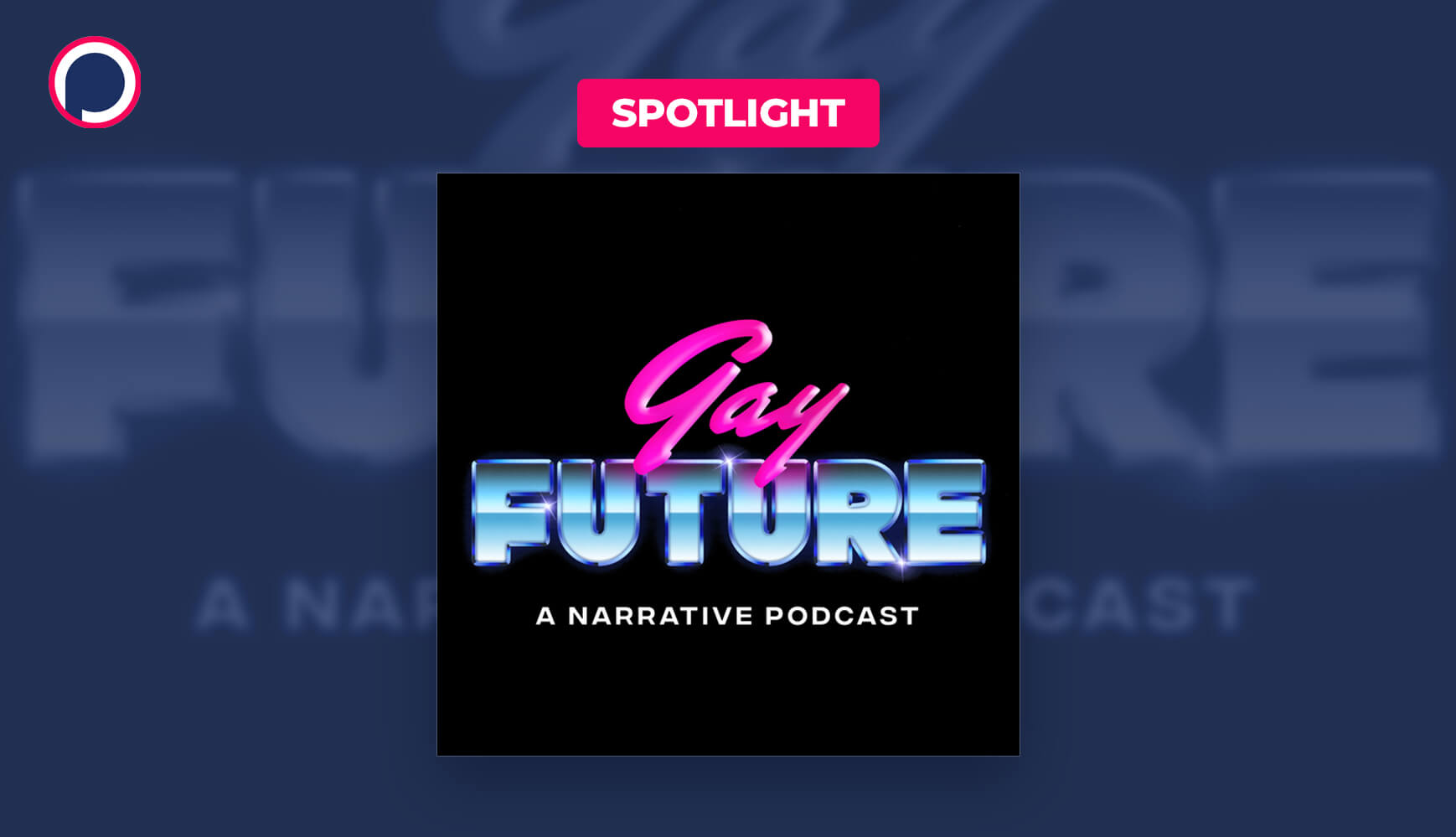 Gay Future is a fictional narrative podcast imagining a dystopian future where everyone is gay. Oh yeah, and Clay Aiken is the President. We hear from the creators about ideas too crazy for television and how podcasting brings them to life.

Many podcasts are motivated by nothing more than a primal need to share one’s thoughts. While I love many of these shows, many of them have had difficulty attracting an audience.

It’s very easy to fade into obscurity in such a crowded medium, but some podcasts have found their own way to stand out from the rest. There are shows with recognizable star power like Conan O’Brien Needs a Friend, there are shows that have found their topical niches such as R U Talkin R.E.M RE: ME, and then there are podcasts with a really punchy premise unlike anything else in podcasting. Shows like Gay Future.

In this sci-fi comedy series “based” off Mike Pence’s never released YA novel, the year is 2062 and everyone is gay. A totalitarian United States government has successfully pushed their gay agenda through: aka “the genetic modification of food, chemtrails, and realistic depictions of same-sex couples on premium cable.”

Gay Future stars Mikey – played by writer and creator Connor Wright – a new student at the prestigious gay academy with a secret: he’s straight. The story follows Mikey as he joins the straight rebellion against President Clay Aiken, AKA Gay Future’s other writer and creator Christina Friel.

When I got the chance to interview Connor and Christina about their podcast, they said that it all began after college. “We were working low-end assistant jobs and banging our heads against the wall. We had graduated with all this schooling about how to structure a TV show and no way to actually write for TV.”

But then their gay dystopian concept took hold of their imagination. Before too long they were brainstorming phrases like, “hetero resistance” and “underground semen trade.” But the show didn’t come to fruition until they recruited audio wizard Ben Lapidus to record their idea as a podcast. While Gay Future is a comedy, Connor says that “the funniest joke might be that we actually followed through on the insane idea.”

🛠 Bringing Those Ideas to Life

But as the team at Gay Future learned over the course of the next two years, having an idea is much easier than what comes after. Connor says that there were “many times we had to say no to friends asking us to hang out. It takes a lot of self-motivation since no one else is asking you to finish it.”

So what happened during those many nights hunched over their computers? Connor and Christina said that their writer’s room looked a lot like their original brainstorming process. After creating the outline for the plot of each episode, they sat together “firing jokes back and forth in the character’s voices.” If it makes them laugh and doesn’t clutter the storyline, it goes in the script.

While Connor and Christina want to make you laugh, it’s not all they want. The duo wants their podcast to be a positive depiction of homosexuality. “I think there are all these stories out there about how earnest and terrifying and sad the whole LGBT experience can be, and I think there’s totally a place for that. But with the podcast, we always wanted it to feel like a celebration.”

They see the show as a reflection of a very specific queer sense of humor. “A lot of queer people, they grow up with a lot of self-hate and suspicion, but there’s also this point when we come out and accept ourselves, we open ourselves up to this very subversive and biting sense of humor that is specific to the gay experience.”

⏩ Prepping for the Next Season

Now that they’ve completed their first season, the team at Gay Future are excited to refine their show. “By the end of the six episodes, we knew how the music sounded, how the characters spoke, how the world felt. A season two would be us doubling down on everything that’s working. There are some really fun episode ideas planned, we can’t wait.” So if you’re looking for some queer comedy, or just want to know what Clay Aiken would be like as president, give Gay Future a try and let us know what you think by rating it on Podchaser!