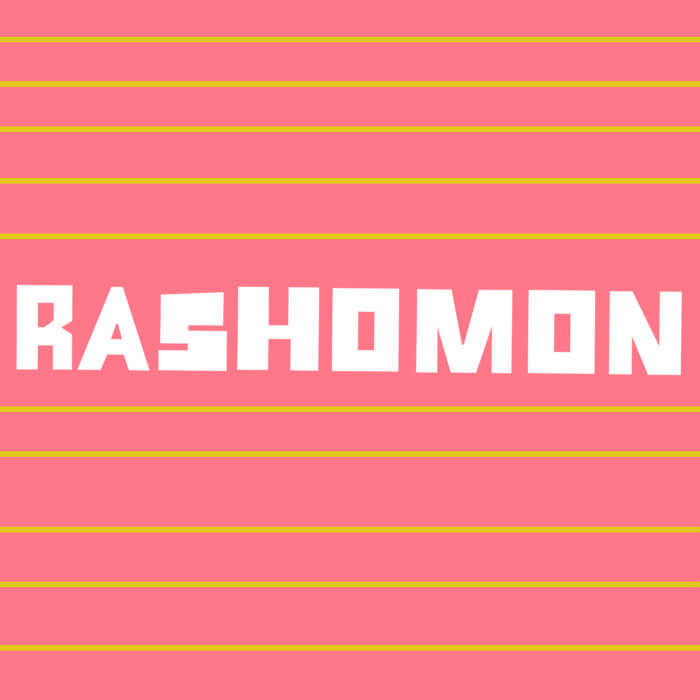 Rashomon: Telling Stories from Every Perspective

When Hillary Rea was asked to create a segment in a comedy festival that was entirely original to both her and the audience, she had a brilliant idea. “It would be fun to have a storytelling show where you have four people who had some experience together and you heard all their versions of what happened,” she thought. So she did it, with four people telling their version one after the other and recorded phone interviews of other witnesses playing in between scenes to add to the story. Hillary said told me that while she was backstage watching the live storytelling event she “had this really cool lightbulb moment where [she] thought ‘oooo, this could be a podcast.’” And so, after a lot of research and work to learn to make a podcast, the Rashomon podcast was born.

“The tenet of each episode is that we have one family telling every side of the same story,” Hillary told me, adding that the show is “heavily produced” and is in the “narrative telling format.” Hillary interviews families but her voice only appears in the podcast as the narrator and connector-of-dots when the need arises.  When she originally planned the show, families weren’t necessarily the focus, but in the process of looking for stories to tell she realized that so many of people’s shared stories revolve around their family so she ran it.

Hillary described herself as an “obsessive fan” of podcasts, which is why she really wanted to make her own, but she had to learn how. “I felt very confident in my storytelling skills but not in my podcasting skills,” she explained, telling me about applying for artists grants and using the money to meet people who really knew what they were doing. But knowing how to make a podcast didn’t answer all the questions. “I never wanted this to be a thing I did by myself,” Hillary told me, but meeting people around the way hasn’t meant having a teammate. “The hardest part for me was doing everything on my own without any sort of budget,” she said, admitting that when she pitched her show at different places and received really positive feedback she expected some sort of help to come along. However, when it didn’t, she made it on her own.

Making the show has been really exciting for Hillary despite the massive amount of work, and she has loved getting to research and tell amazing stories. One of her favorites is the story of a kid who turned the PBS game show Where in the World is Carmen Sandiego upside down when he was invited on. In that episode, Hillary got to interview the family, the producer and host of the show, and the man himself and watching all of their stories get woven together was awesome. Now Hillary is looking to a whole new line of interviews for the upcoming second season of Rashomon.

Season two is coming out on March 25 and the first episode will tell the story of “the Leonard family. And the father was hanging Christmas lights outside and got electrocuted and died temporarily. Luckily his wife was home and was a nurse and brought him back to life.” Of course, each sibling sees the story differently and will tell their versions. But the rest of season two is what sounds really interesting to me. Hillary is going to speak to “four different families, and there’s at least one sibling in each family that shares the same biological father.” The episodes will talk to around thirteen people all connected by a single sperm donor in one way or another. Hillary is looking forward to “telling a story slowly” in this next season.

So, if you love a great story, listen to season one of Rashomon and, if you like what you hear, feel free to support the show on Patreon and by leaving a rating and review for Hillary to let her know what you think!