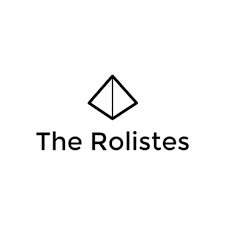 Like most Americans, I love foreign accents. Probably because Americans sound pretty awful no matter what part of the country we’re from. Needless to say, when I got to talk to Kalum, born in the French-speaking parts of Belgium and living in London, about his show The Rolistes Podcast, I was over the moon. The Rolistes Podcast is a London-based show that presents itself as “the podcast of tabletop RPG across the channel, the pond and beyond.” And honestly, the show is even cooler than the accent so I’m excited to tell you all about it.

While role-playing games are the starting point, Kalum loves to talk about all sorts of things that are a part of the audience’s lives. See, what drew Kalum to tabletop RPG was how it opened people up to other parts of life. Kalum explained: “I saw that one of the things that excited me about role-playing games was how it connected with other hobbies. How it encouraged me to read novels, even to cook…” The show’s wide reach attempts to encompass all of the things that can come along with tabletop RPG and that players may also enjoy.

Kalum had been a part of the RPG community for several years before he considered beginning a podcast, but when he started looking into podcasts that matched his interest, he kept coming up empty-handed. “I saw a lot of RPG podcast shows that were very good but they were all very inward looking,” Kallum said. “Either a single game or very detailed discussions on the topic.” He wanted something that talked about all sorts of RPG games and what that game opened up for the players.

Kalum also wanted to find a show that reached beyond Dungeons and Dragons. When I talked to Kalum he made it clear that D&D is a great game and people really love it and he gets that, but that a lot of people don’t know enough about tabletop RPG beyond that. “Dungeons and Dragons and role-playing games actually are the same thing in the minds of a lot of players, not only, but also in the mainstream media,” Kalum said. “There’s very little mention of other games.” Kalum wants to open the tabletop RPG world up to all of the games fans are playing or would play if they knew there were less involved options than D&D, but there wasn’t a show doing that. So he decided to start his own.

When Kalum started running the idea past friends, they consistently told him the idea probably wouldn’t work. They kept saying things like, “this other show does x and they’re popular so you should do that so you’ll be popular.” It’s a good thing that Kalum didn’t listen though, as his show has helped connects fans like him both with new games and new groups of people who have similar passions. Kalum continues to get positive feedback and loves getting to make the show for his listeners.

Kalum loves making the show for his audience but admitted that there are certainly some selfish motivations. “It gives an excuse for me and a friend to sit down and start talking about stuff,” he explained. Talking to friends about shared passions is one of the best parts of being a podcaster, but so is the chance to talk to people that you otherwise wouldn’t be able to. Kalum loves that he can interview celebrities or big names in tabletop RPG or the United Kingdom just because he has a podcast and he’s excited to keep sharing those conversations with his listeners.

If you’re a fan of tabletop RPG The Rolistes Podcast is the show for you! Listen to the latest episode and make sure to leave a rating and review to let Kalum know what you think!