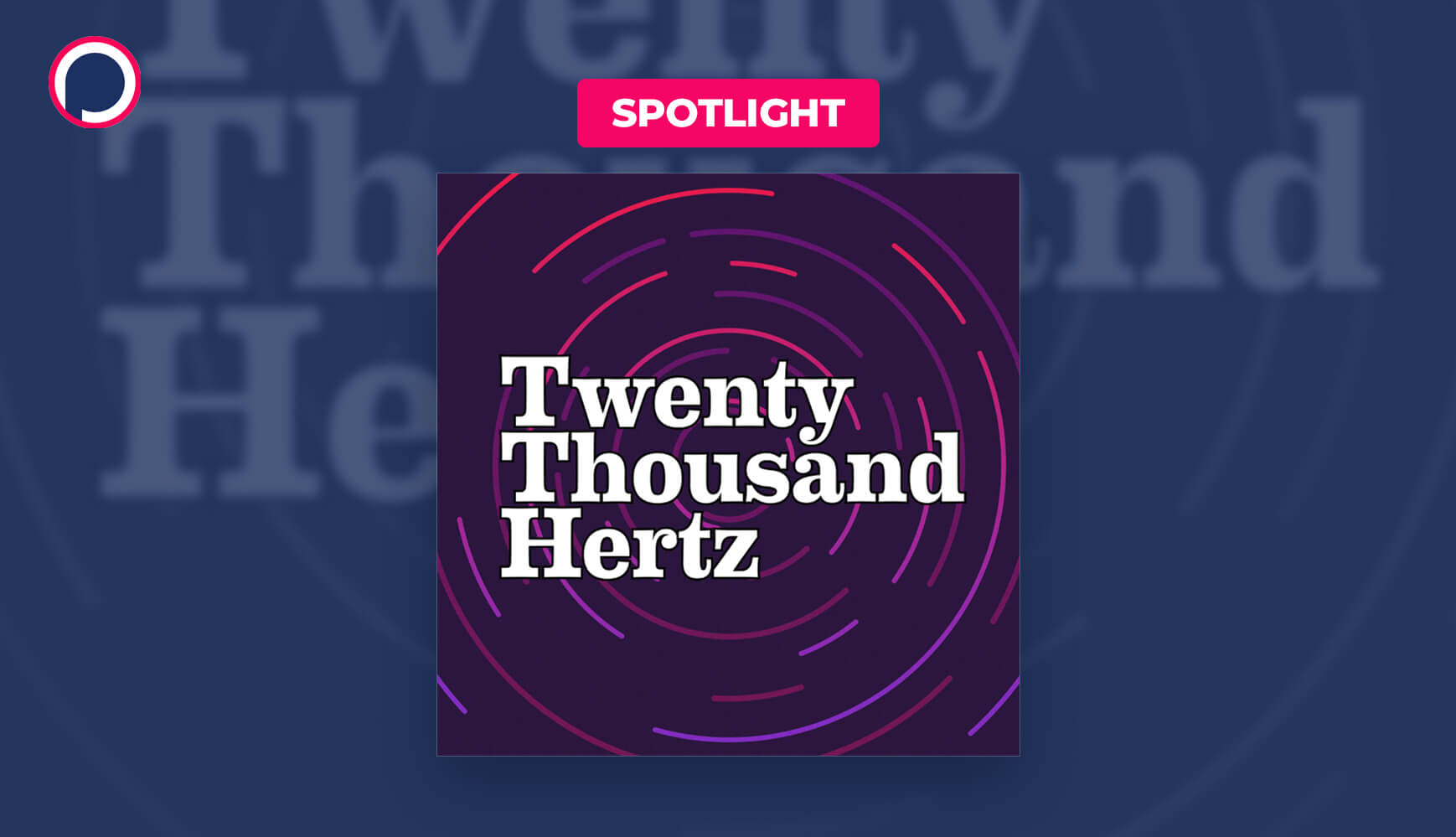 Twenty Thousand Hertz: A Podcast With The Story Behind Every Sound

Twenty Thousand Hertz is a podcast that tells the stories of the sounds we hear all the time and we talked to Dallas Taylor about the (incredibly in-depth) process of making each episode sound amazing.

👂🏾 A Podcast About What We Hear

Much of the world is visual, but podcasts aren’t. Some could see this is a limitation, but one man’s prison is another man’s paradise. In the right hands with the right mindset, constraints are a tool. You tell people like Dallas Taylor that podcasts are audio-only and he’ll create a show like Twenty Thousand Hertz. His show doesn’t need visuals, only audio. But 20k doesn’t just use sounds, it’s about them.

Every week, Dallas and his team bring you the story of one sound. They’ll tell you about how slot machines are designed to keep you playing, and about how football coaches communicate with their quarterbacks.

🗣 What They Discuss and Why

In an interview, I asked how they come up with the topics for each episode. Turns out that’s the easy part, as we are endlessly surrounded by sounds – each with their own story. “We have hundreds of ideas that we keep a record of. When we’re looking for a story, we go back to our records and chat about which topics seem the most exciting, have the best narrative arc, and generally sounds like a lot of fun to work on.” He says that they try to avoid overcomplicating the process. “I think if we uncover stories we’ve really geeked out about, they’ll naturally turn into really good episodes.”

And Dallas loves to geek out about sounds, as that’s what he does it for a living. “I’m a Sound Designer by trade and lead a company called Defacto Sound.” Working his day job inspired the idea for Twenty Thousand Hertz years before the first episode. “In my line of work, it becomes really clear just how little people think about sound. I wanted an outlet to tell stories about sound in a way that normal people could understand. I also wanted to make sound more approachable and change the culture of audio.”

🎧 Sounds for Everyone, Podcasts for The Fiercely Committed

His belief in democratization of audio goes further than his own show. He says that people misperceive the world of sound “as some sort of dark magical artform when it’s not at all.” In reality, “anyone can think about and use sound as a storytelling tool. It’s no different than cooking. If you want to cook, cook!”

And if you want to podcast, podcast! But Dallas says that the recording the Twenty Thousand Hertz is more difficult than you’d imagine. “It takes about 150-200 hours to make every episode.” He warns that “when you’re launching your first episode, you have all the time in the world to make it. Once you set a schedule though, you’ve gotta hit the deadline every time.” To solve this problem, Dallas and his team, “start on episodes up to 6 months ahead of time and sometimes finish episodes 4-6 weeks before launch.”

Everyone at Twenty Thousand Hertz has dedicated much of their lives to the show, but Dallas says that it’s all worth it. “It takes a long time and a lot of practice to really figure out what works and what doesn’t work. With every new episode we make, we get better at what we’re doing and find our own unique voice. I feel like, after 65 episodes, we’re just now starting to hit our stride.”

So if you’re already interested in audio, or just curious to learn why the world sounds the way it does, give Twenty Thousand Hertz a try and let us know what you think by rating it on Podchaser!