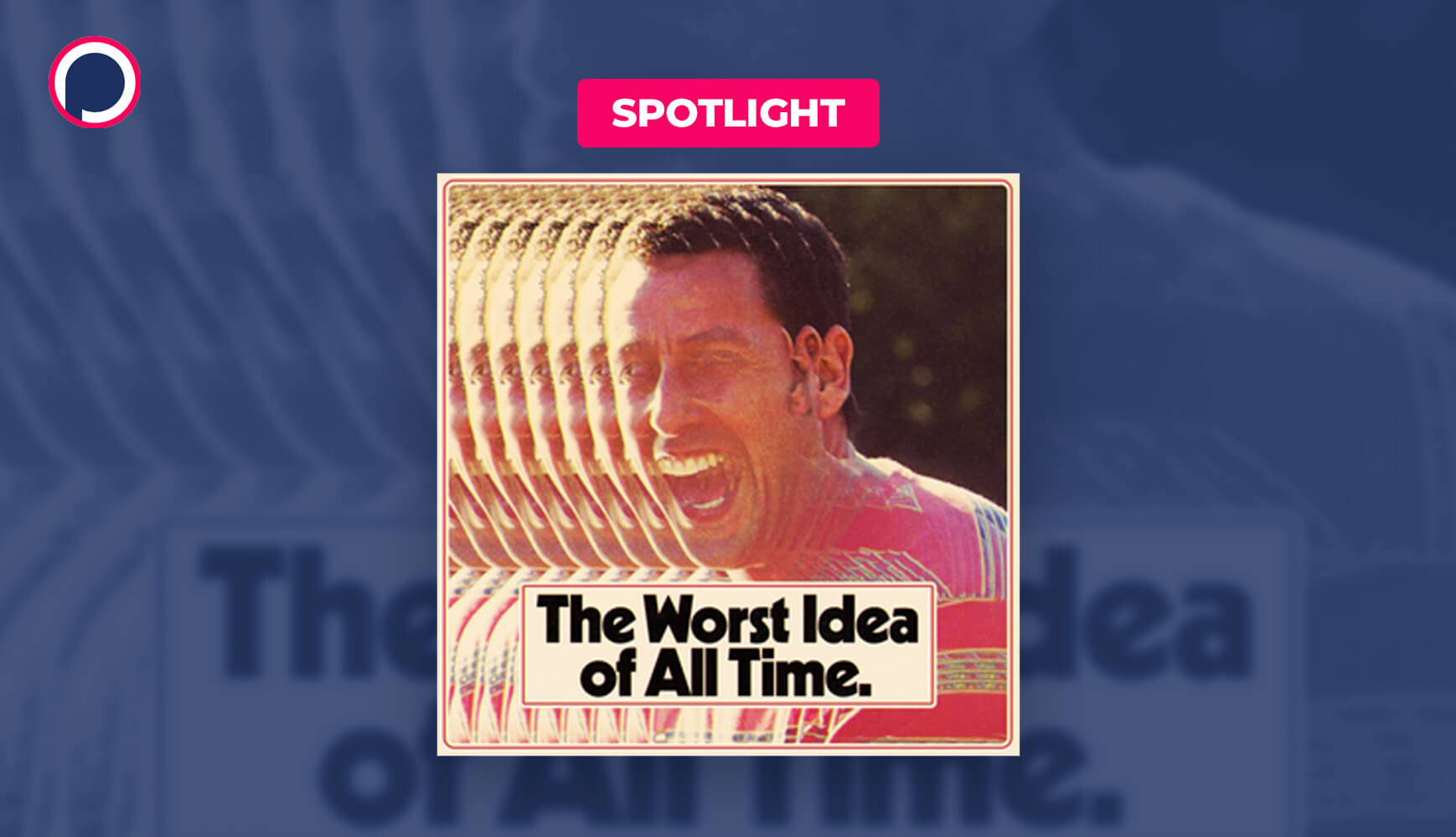 Purposefully Unsustainable: What Makes ‘The Worst Idea of All Time’ Podcast Such a Great Idea?

The Worst Idea of All Time is a podcast with two friends watching one bad movie way too many times. We hear from Tim Batt about starting the show and what this, admittedly, bad decision has done to the hosts’ psyches.

🔪The Death of Good Ideas

The beauty of the internet is that it breathes life into all of your dumb ideas. Thanks to the internet, you can convince strangers to help fund your video game that entirely consists of drinking soda in increasingly bizarre locales a la Soda Drinker Pro. You can start a YouTube channel where you put on a suit and review fast food products. And you can even be paid $100,000 to continually dig a hole “with no deeper meaning or purpose”.

Podcasts have become fairly commercialized, but they still come from the internet tradition and thus have plenty of wondrously dumb ideas of their own. In this broad category of “weird podcasts,” there’s one show that stands above the rest. It’s a show idea so bad that the hosts even admit it in the title – The Worst Idea of All Time (Link).

On the podcast, kiwi comedians Tim Batt and Guy Montgomery review the same movie once a week, every week, for a year. And they aren’t picking their favorite movies either, as the first season features the Adam Sandler vehicle, Grown Ups 2.

In an interview, Tim told me that the two hosts initially bonded over another dumb type of review show. Guy hosted a “youth-focused late-night TV show” five nights a week and would invite Tim on every Monday for a segment called “Loo Revue,” where he would review the many public toilets of New Zealand.

After the TV station shut down, Tim and Guy were looking to continue collaborating, but “hated the idea of just another movie review show when there were already so many of them.” To stand out from the rest, the duo settled on reviewing the same movie for as long as they possibly could. But a year of Grown Ups 2 broke them down, causing a shift in the format to the year-long seasons that we know today.

Much of the appeal of The Worst Idea of All Time is schadenfreude. In a perverse way, it’s incredibly entertaining to listen to Tim and Guy each week as the movie slowly melts their minds. So I was eager to know how The Worst Idea of All Time has affected Tim’s psyche over the course of the show’s four-season run. Tim says that “the psychological effect of watching the same bad movie this many times is honestly, not to be taken lightly.” He cites season two, where they watch the 2 hour and 27-minute film Sex and the City 2, as particularly exhausting: “It became an incredibly depressing era in our creative lives.”

If your curious how they choose each season’s movie, Tim says that, like everything else on The Worst Idea of All Time, “there is an incredible lack of planning, forethought or serious consideration.” With few plans for the next season, the duo recorded a live finale of Sex and the City 2 in America. During the show, Tim narrowed the next season’s films to a short list and decided that “whoever says one of these on stage first, I guess is our pick for season three. That turned out to be WE ARE YOUR FRIENDS. Like everything we do in this podcast – highly regrettable.”

For their most recent season, the duo has switched the formula once again. In a madman’s sprint, they are watching the first Sex and the City, twice a week for 6 months. But this too has done more harm than good. Guy now lives in New York City, while Tim remains in New Zealand. Tim says that navigating the 15 hour time difference “among other stuff [they] have going on in [their] lives to keep pace with the two watches a week has been VERY difficult.”

❌ Time for a Break

Unsurprisingly, Tim says he’s excited for the show to end. Tim and Guy love spending time together, and the “lovely emails and messages from fans,” but the concept of the show has always been unsustainable. Most episodes turn into a series of self-loathing and existential ramblings from two people who are willingly in over their heads, but after 4 years of self-induced torture, Tim has decided that they “need a decent break after this season.”

🎧 ‘The Worst Idea of All Time’ on Podchaser

So if you’re interested in listening to two friends experiment with their own wellbeing, or just want to listen to over a hundred hours of Sex and the City discussion, give The Worst Idea of All Time a try and let us know what you think by reviewing the show on Podchaser.

About ‘The Worst Idea of All Time’

The Worst Idea Of All Time is a podcast hosted by Guy Montgomery and Tim Batt, two New Zealand comedians who watched Grown Ups 2 once a week, every week for a year. The duo then watched Sex and The City 2 52 times. They finished by watching and reviewing WE ARE YOUR FRIENDS. 52 times.

What started as simply a stupid idea, quickly turned into a public mental unraveling of two grown men, week by week. The podcast has enjoyed over over 10 millions downloads since it began in Feb 2014.