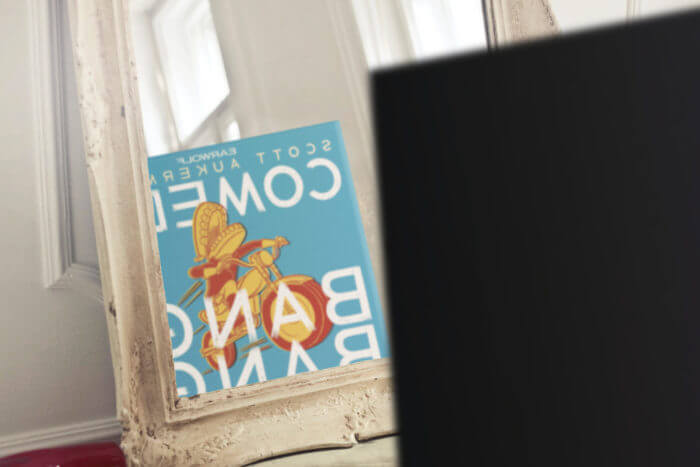 How to Make Your Podcast Attractive to Advertisers

Robert Peterson has been in the podcast industry for around five years, but more importantly, he’s been in advertising long enough to tell us everything we didn’t know and always wondered. Robert started his time in the industry at Westwood One “helping in the initial team and onboarding podcasting, which was considered on-demand audio broadcasts at the time.” After helping build out Westwood One’s podcast business, Robert moved on to his current job at Audioboom where he “oversees the Audioboom Originals Network’s growth.” These shows include And That’s Why We Drink, Dead Man Talking, Mafia, andCovert. Robert summed up his job as “facilitating growth,” which means that when new podcasts come out he builds awareness through a variety of channels and, once the show has launched, continues to cultivate community building.

So basically if you want to know how advertising works in podcasting, Robert is the guy to ask, but you’ll probably never get the chance to. Luckily, I asked him for you.

From Beginning to End: How Advertisers Come to Podcasting

The first thing I wanted to know from Robert was why brands and companies consistently come to podcasts when there are thousands of other places to put their name. With basically every social media platform, app, television channel, radio network, and streaming platform offering themselves up as a suitable place to promote a product, why are more and more big names with big money choosing podcasts?

The first thing Robert mentioned was podcasting’s unique authenticity, which he was quick to point out is a word that lots of people use to describe the medium. Robert draws a line between that authenticity and the trust listeners have in hosts. Using the example of Joe Rogan, Robert said “he obviously has a die-hard fan base that advertisers want to get engaged with, and [listeners] trust his voice. They trust that he’s going to promote products that are going to benefit his audience and that he’s not just going to pick a product and endorse it just because he’s getting paid for it.” Just as much as this applies to huge shows like The Joe Rogan Experience or Serial, listener trust in hosts is found across the entire industry, in big and small podcasts alike.

Robert mentioned this trust in small podcasts as well, explaining that any show “where people are really exposing their true identity and coming out and being honest and open with their fanbase and even with the public in general” is going to build an incredibly valuable relationship between host and listener. That relationship usually means that listeners are receptive and supportive when it comes to ads interrupting the show. Robert said that Audioboom’s research has found that “people are sticking around for ads” and he ties that to listener’s understanding that “the show needs advertisers to survive” (clearly this understanding is based on not over-saturating podcasts with ads, but that kind of goes without saying).

The relationship between podcasters and their audiences provides an especially effective atmosphere for advertising, but how does it happen? Well, after an investor decides podcasting is the place to be and they come to, say Audioboom, the process has a few steps. First off, the advertiser usually tells the agency who they are looking to target. Robert said that “they have parameters that they want to hit. For example, it may be adults 25-54 which is obviously broader or it could be women 18-24 who are recently engaged.” That parameter is chosen in order to “construct a narrative around a brand.” Robert gave the example of an iced tea who usually markets itself as adventurous and the fact that this would not necessarily be aimed toward a particular age range but to listeners who are interested in fitness, the outdoors, travel, and so on. Whether the range is wide or narrow, based on age or gender or interest, advertising agencies work to get a “pretty good idea of what [the advertiser] is looking to hit.”

Once that decision is made, podcasts are chosen to reach out to and, if the hosts are interested and commit to advertising the brand, the process of creating compelling advertisements begins. Robert made it clear that this process is “a collaboration between us, the show, and the brand itself.” For the most part, Robert did say that Audioboom wants to “continue with live reads because that’s the most effective way of getting listeners to buy what the brand is selling,” but that ultimately the hosts has final say “because they’re the creators, they’re the ones that have built that audience, they have that relationship with the audience.” Because of that desire to uphold the integrity of the show, Audioboom (and other agencies like them) offers a variety of options but leaves the choice up to the creators.

And that’s a bit of the journey advertisements take before they reach your ears, but if you make a podcast you may be thinking: that’s cool, but how do I get advertisers talking to me?

How to Make Your Podcast Attractive to Advertisers

Robert was kind enough to answer that question as well, but before we get there I do want to touch on a practical point. When we talked, Robert threw out the fact that a podcaster will probably need 5,000-10,000 listeners to really catch advertisers’ interest. That’s the basic range, and that may seems out of reach at the moment. Don’t stop reading! Each of the following steps helps you grow your podcast to that point and will mean you’re an attractive option for investors once you’ve hit that target. Now, let’s get to the major factors Robert mentioned when I asked about getting ads on shows. He wrapped it up in three points: authenticity, consistency, and drive. So let’s unpack those.

Like I mentioned earlier, this is an adjective commonly ascribed to podcasting, and it was the first thing Robert mentioned when discussing what draws advertisers to podcasting. Authenticity can create longtime fans who love feeling like they’ve been with you from the beginning or gotten to watch you grow as a podcaster and a person and that feeling of deep connection can sometimes translate to “lifelong customers,” Robert says. Creating a show in which your audience feels they know and trust you as well as a community in which they believe you care for or about them makes you a powerful conduit for advertisers and gives you the power to support brands you think will serve your customers well. Authenticity breeds trust, which must be upheld at both ends, so make sure you reward your listeners’ loyalty with quality products and brands that are worthy of their time.

Robert mentioned two kinds of consistency that really matter when brands are looking to invest in a show. The first is having “a release schedule that’s consistent.” Robert said, “advertisers want to know when their ads are going to run when it’s going to hit the audience that they paid for, things like that.” When brands put money into a show, they want to be able to depend on that show putting out content on time and sticking to an agreed upon schedule and, honestly, every good podcaster knows the importance of consistent content in building an audience and creating a loyal fanbase.

The second kind of consistency is in the brand and focus of the show. Robert explained that “you can’t be a sports show one day and then the next day be talking about going out the night before and then all of a sudden you’re switching to a wellbeing podcast.” Because brands choose podcasts based on that show’s reach and audience, they need to know what kind of content the creators are committed to putting out in order to create ads that reach the desired audiences. Again, most podcasters have figured this out, or have worked a kind of we-cover-a-bit-of-everything mindset into their brand in a cohesive way.

Lastly, Robert mentioned that creators have to show they are constantly improving. “You kind of have to treat your podcast as a business,” he explained, mentioning that “you can monetize a small podcast” and that money made at that point should “be reinvested to grow audience size” since that will always give you a better chance of being noticed by advertisers. Also, don’t be afraid to make people notice you. Robert suggests podcasters “connecting with advertisers themselves. Podcasters will go out there and reach out to advertisers who are in the space saying, ‘hey we think you’re a great brand and we really think we can help sell it through.’” In theory, getting those initial advertisers means money you can reinvest in the podcast in order to grow it to the point that Audioboom or a similar agency offers to handle advertising for you. The point here is that people will want to invest in a show that has proven growth and they will want to invest in you when they see you are constantly pushing to be better.

Because Robert has spent so much time in podcasting and specifically in the revenue portion of the industry, I wanted to ask: is podcasting going to continue to be a profitable industry for podcasters and investors? Robert didn’t hesitate: “I’m a believer that high tides raise all ships.” Robert pointed to the attention Spotify’s purchase of Gimlet and Anchor has brought the industry and iHeartRadio’s involvement in podcasting as proof that podcasting is consistently being given more and more focus from out-of-industry areas.

This kind of attention and involvement from major corporations may make some nervous, but Robert said that as soon as big names bring people into the space, those listeners start seeking out more niche content that matches their interests: “a lot of people that hadn’t heard of podcasting coming into the space and see that ‘I’m a person that likes to knit and there are 10,000 knitting options here in the podcast space,’” which is why they end up staying and supporting smaller shows. Additionally, as the space because “more professionalized,” the entire industry will be pushed to produce great content and more and more users will find their way toward supporting that content.

All in all, Robert thinks the future of podcasting looks bright and I couldn’t agree more. But your future may look even brighter with a few advertisers backing your brilliance. So remember: authenticity, consistency, and drive, now get going.