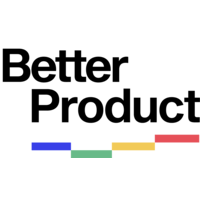 Reaping the Rewards: What Podcasting Can Achieve for Your Business

Not too long ago I got to write about Share Your Genius, a StorySelling™ agency helping brands share stories worth selling through podcasting, via an interview with Rachel Downey, the agency’s founder. Rachel explained everything we need to know about brands’ podcasts and I learned a lot from talking with her. But doesn’t she kind of have to tell us podcasts are a good idea for businesses? I mean, her company is founded on that idea and for her to say anything different would be pretty self-destructive. Luckily, we don’t just have to take her word for it; Rachel connected me with the Better Product podcast, a new podcast started by Innovatemap through Share Your Genius. I got to ask Christian Beck, the show’s co host along with Anna Eaglin, all about Innovatemap’s podcast, the learning process that accompanies making a show, and the ways they have – or haven’t – seen the podcast benefit the company.

Better Product: The Story Behind the Show

When I asked Christian about starting Better Product he said that he had put off starting one for several years despite pressure to do so because he didn’t know exactly how it would be done. Just like a lot of individuals thinking of starting a show, there was always the question of if running a podcast was even feasible. “Once I met Rachel the idea became something we actually could do,” Christian said. As soon as a podcast entered the realm of possible realities, Innovatemap had to decide what they would want the show to cover, how they would want it to reflect their brand, and how it would be useful to their target audience.

“My company, Innovatemap, is an agency that works with start ups and scale ups and helps companies bring products to market and helps them grow their business. Part of that is we’re kind of working in the cutting edge of the industry to figure out new practices and new ways of doing things,” Christian said. “So we wanted to share the stuff we’re seeing because we’re kind of uniquely positioned to work with a lot of companies behind the scenes and we see a lot of stuff, so we wanted to share that with other people.” Christian and Innovatemap live in a fast-paced, ever-changing market where most people are figuring out what they’re doing – and what they should be doing – as they go and Better Product wants to shine a light on how businesses are keeping up and moving forward.

With that mission in mind, Christian said the show finds “digital product professionals,” people who have done “anything around bringing a digital product to life” from marketing to design to management, and has them “tell their story of how they got started there, explaining all the details around how they brought the product to market, any of those challenges.” Better Product relies on an interview format but believes stories are what resonate with people and lean heavily into telling “people’s personal experience” from the moment their company started to the present day. The show is also focusing on filling in the gap in the startup industry of “the day to day… so someone can look at a successful company and say ‘okay I know what they’ve done.’”

Better Product only launched a few months ago and, as cool as it sounds, I was curious about how Innovatemap decided the show was a worthwhile investment and if they had seen any returns yet.

The question came out pretty bluntly: “Is Better Product profitable for Innovatemap? If so, how?” Christian quickly answered, saying, “It’s still early, so all it’s been is a cost, which is fine.” The show hasn’t made any money thus far and the absence of advertisements in each episode testifies to a different driving force than increasing cash flow for Innovatemap. “One of the goals,” Christian explained, “is to implant ourselves as being thought leaders in the space. Again, because the space is really nebulus we feel like we have a pretty good idea for how digital products should be made and created and we want to share that, so the podcast is a way for us to do that a little more.”

While Christian admitted that it’s a little hard to see the return on investment this early in the game, Better Product “is starting to resonate with people.” The connections that the show has started to make with listeners helps potential clients come to Innovatemap with a clearer idea of what the agency does and what a client may need. “In that way it’s already started benefitting us,” Christian explained, “because it’s already laying the groundwork. A lot of times when I meet with clients or prospects there’s an educational aspect. We get a lot of people that are starting digital product that have never done it before and so for them to understand how we would help, there’s some education that needs to happen in the space. The podcast has really helped do that well.”

But creating Better Product hasn’t only helped educate listeners and potential digital product creators, Christian says that he has been consistently surprised by how much he’s learned along the way. “I’ve interviewed past clients and people that we’ve never met and I didn’t anticipate actually learning myself,” Christian said. “I would say even in the interview, before it ever goes live, I’ve applied what I’ve learned from talking to that person immediately. I’ve literally walked out of interviewing somebody and gone into another client meeting and recapped what I just heard.” Christian told me he sees the interview process opening people up more than client meetings which means that he gets new information and learns things he’s never heard before through those conversations.

Lastly, hosting the podcast has raised awareness and brand reputation for local and distance audiences. Christian admitted that, when the team decided on the interview format, he was worried that there would be a shortage of people willing to appear on the show. “That was not true,” he told me. “It’s a little bit like that when you’re talking to someone remotely who’s never heard of you, you have to change your tactic a little bit but at least in the local market, it was a lot easier to get people. People were lining up and now when we go to networking events people are asking to be on the show.” Better Product has raised the brand premium of Innovatemap and built the agency’s reputation by highlighting great people in digital products and making a show that people in the space want to be involved with.

Just like every podcast, Better Product came with its challenges and Christian and Anna had to learn more than a few things along the way. When I asked what the most difficult part of the creation process has been, Christian immediately pointed to the booking product. “Getting guests and booking and all of that is so time consuming,” he said, mentioning that startups already have such hectic and necessarily flexible schedules that getting people in to record at times when both co hosts are free and working around sudden cancellations and has been monumentally more difficult than just hosting a show in which he and Anna just chat with each other.

Christian also said that a huge learning process has been figuring out how to speak in an interview process in a way that will be enjoyable to listen to later on. “Conducting the interview, especially with a co host, to try and get rid of your ‘ums’ or your hedging or your interrupting or cutting off, [keeping track of] all of those little details is really hard,” Christian said. He and Anna have learned to rely on visually affirming guests rather than saying ‘yeah’ and ‘mhm’ all through the interview and Christian said that “making sure you’re getting good stuff while keeping in mind the listening process is really difficult. But it’s definitely learnable.” Beyond the struggle of interviewing Christian also mentioned the work of producing the show with voiceovers and editing as “taking a lot of work” and being devoted to “getting good at this.”

The upside of struggling through those learning experiences is that they’ve been kind of fun and they’ve helped make the show better which opens up more and more doors. When I asked Christian what his favorite part of the podcast was he mentioned the fact that Better Product gave him an excuse to reach out to people he really admired. “I have these digital products that I really like… and I’m like ‘ah man, you know what, I can reach out to the person behind those.’” Getting to talk to those people is both personally really exciting for Christian and helpful in furthering Innovatemap’s brand and building up their reputation in the digital product space.

Really, all of the things that Christian and Anna have had to learn have just made them more prepared for everything they have coming next, which is pretty exciting.

Probably the biggest testament to Better Product’s profitability is the fact that Christian already wants to make more podcasts. “I definitely want to build out more shows,” Christian told me, though he did explain that they haven’t worked this part out internally yet. “I want more formats. Better Product is good for some experienced people, but I would like to have more guests that are targeted to people just starting out.” Christian is hoping a podcast that features guests at the very beginning of their journey will provide “good introductory material” for listeners. Beyond that idea, Christian also wants something that’s “more like a morning show where [they]… riff on stuff that’s happening with products and things that [they’re learning, Just to have an outlet where [they] can share more of [their] personal thoughts.” The two shows may be a while down the road for Innovatemap, but with Better Product already proving to be consistently valuable for the agency, offering more content would only increase that value.

Beyond those shows, Christian said listeners can look forward to better interviews and episodes as he and Anna hone their skills and learn new ways to put out quality content. “Anna and I are also very passionate about highlighting people of color, women, any of the overlooked personality types as well,” Christian said. “So I think going forward people can expect that we will continue to showcase as diverse clients as we can, not just in who they are as a person but also in who they represent: what industry they are, what geography they are, etc…” The hosts are also looking in to making the show weekly instead of biweekly in order to gain traction and offer more content.

So, if you have a business and were wondering about the profitability of podcasts, keep in mind the value of name recognition, being seen as a thought leader, and educating potential clients to what services you can offer before you start asking about dollar signs. And if you love digital products or are starting up your own, give Better Product a listen and leave a rating and review to let Christian and Anna know what you think.