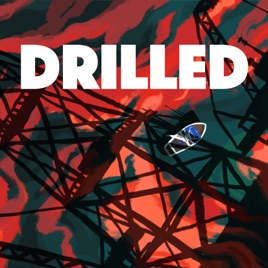 There’s a phenomenon in human psychology that I think about a lot – psychological distance. Human brains have evolved to effectively solve problems right in front of us. You see an animal charging you, you react immediately. But the farther away the problem gets from our immediate situation – either in spatially, socially, or hypothetically – the less we feel the need to solve it. In the simpler world of our ancient forefathers – forethought was not as necessary.

Psychological distance explains why you don’t do your taxes until the last minute, but it also can help us understand why humans collectively fail to solve larger problems as well – namely climate change. It feels too big, too hypothetical, and too distant for the average citizen to solve – so we don’t even try. While there are many podcasts covering the decline of our natural world, few solve this issue of psychological distance.

Award winning journalist Amy Westervelt knows how to close this distance. Over her 18 year long career she’s learned how to make large problems feel personal, covering topics such as: health, psychology, technology, business, and you guessed it – environmental issues.

In March of 2018, Amy launched her own podcast network, Critical Frequency, where she hosts and produces a variety of podcasts. In the fall of that year, she published the first episode of what would become the network’s flagship show, Drilled – a podcast about climate denial.

When I got the chance to interview Amy about how Drilled began, I learned that the vastness of climate change has even threatened to scare her away. “It’s a topic that’s endlessly fascinating to me, but yet even I am bored by a lot of the content on it.” She says that, “with a really complicated topic like climate change, sometimes it helps to have a familiar narrative framework.”

So as Amy transitioned more into audio reporting – with podcasts and at an NPR station in Reno, Nevada – she, “kept looking for a new way to talk about [climate change].”

In 2017, all of the puzzle pieces fell into place during a climate litigation. Amy says that, “all the characters were there — the oil company lawyers, the environmental activists, the eccentric judge, the scientists … and [she] thought ‘this is it!’” Throw in a few newly revealed secret documents and Amy had everything she needed to tell a story. Anyone who regularly listens to podcasts understands the framework of a true-crime series. Amy created Drilled to use that framework to the climate’s advantage.

Amy has been on the environmental beat for more than a while. She began reporting on climate change in the early 2000’s – years before Al Gore released his Oscar winning documentary, An Inconvenient Truth. At the time, the climate change narrative was more positive than today. Amy says that people discussed, “green building, clean energy, cleantech, all the innovative ways we were going to solve climate change.”

Overtime, Amy began to realize that our crisis wasn’t going to be solved by technology alone. “So that really hooked me, this idea that here is this intractable problem and we actually know how to solve it, but the challenges are psychological, political, and economic, not technological.” For years, Amy has used her writing to face these human-centered problems head on.

On the first season of Drilled, Amy continues her social-scientific approach. Through interviews with environmental historians and former scientists, Amy reveals that climate change is not new, and that it hasn’t always been controversial. Corporations were among the first to discover climate change, but quickly turned on their own science in an effort to protect their bottom line.

The second season, which began in late April, steers the ship in an entirely new direction – crabbers. As the trailer for “Hot Water” explains, companies have denied climate change for decades, but now some people are pushing back. The west coast crab fisherman have recently become “the first industry to take Big Oil to court, not just for its role in contributing to climate change, but creating climate denial”.

When I asked Amy why she chose this story for the second season, she said that the crabbers’ story, “flips the script a bit,” on the oil companies’ defense. According to Amy, Big Oils traditional argument is that they are “too big and too important to be regulated.”

But the crabbers aren’t the government. With this lawsuit, oil companies can’t argue that regulation is analogous to government interfering with free trade. Climate change, caused and denied by oil companies, has directly crippled the crabbing industry.

The crabbers vs. oil lawsuit also stands out because it’s apolitical. We associate climate deniers with the right, and climate activists with the left, but Amy says that the crabbers are, “really mixed politically, from very liberal to very conservative.” No matter their political preference, “they all sort of coalesced around this idea of fairness, so much so that there are people in that group who actually don’t totally ‘believe’ what scientists have said about human-caused climate change.” What these crabbers are angry about – and what their lawsuit insinuates –  is that “they think the oil companies behave dishonestly”.

Amy told me that through both seasons, the most difficult part of creating Drilled has been storyboarding. This process of creating the blueprint for each episode is difficult for one reason, Amy is too thorough. She has a self described, “massive over reporting problem,” where she, “gets attached to every single detail in the story.” Each episode of Drilled goes through many rounds of cuts before it becomes the digestible narrative that it is today.

As Season 2 continues, Amy’s workaholic mentality shows no signs of stopping. She says that on a selfish level, she’s most excited about, “finding new pieces of the puzzle — what the coal guys were up to in the 1980s for example, or tracing one particular person’s impact on shaping the whole country’s understanding of energy and climate change…”

Besides continuing the chase, Amy says that she’s always excited to help people, “understand how these ideas are shaped, how systemic decisions and policies have been formed, and the fact that it almost always comes back to a small handful of people.” Amy admits, “sometimes that’s depressing,” but she also points out that “other groups of people can make different choices, that changes aren’t as impossible as they may seem.“ While most of us aren’t as powerful as big oil, or the crabbing industry, Drilled wants us to remember that we aren’t powerless.