The Steps I Took To Memorize 3 Chinese Poems In 2.3 Weeks 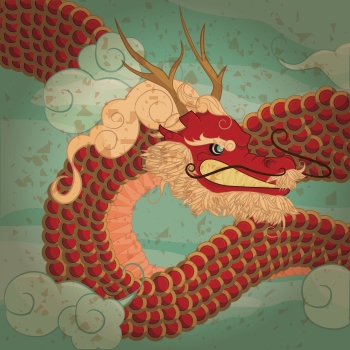 Chinese poems thrill poetry fans around the world. They’ve been translated into umpteen languages and create wonderful images in the mind.
Here’s something even cooler:
As a student of the Magnetic Memory Method, it’s easy to encounter a new Chinese poem just once and memorize it with a high level of recall.
We’re talking 92-95% accuracy after 24 hours, with 98-100% accuracy thereafter using MMM Recall Rehearsal.
And the best part is:

Each Poem Is Easier To Memorize Than The Last!


So by now you’re probably asking …
How does the Magnetic Memory Method work for memorizing Chinese poems? And how can I do it too?
I’m glad you asked because the steps are clear, crisp, clever and concise.


In this regard, I’m the luckiest man on the planet. I’m married to a woman who knows a bunch of Chinese poems by heart.
But even if you don’t have a Chinese speaker in your life, it’s easy to find someone using a learn languages online service.
The important thing is to choose poems that are short, sweet and simple. This helps reduce the cognitive overload at the beginning.
Songs work too. Like this one:
https://youtu.be/dCyPV6qfKkI

2. Have More Than One Memory Palace On Hand


It’s no secret that I teach the Memory Palace technique as a skill of multiple…. One is the most dangerous number when it comes to memory, so make sure that:
1) You always have more than one Memory Palace ready to go.
2) You have the ability to create an impromptu Memory Palace on the fly.
https://youtu.be/XpZHPG3KrhM
With these two abilities, you can either use a pre-existing Memory Palace or just whip one up on the spot.
In this case, each of the Chinese poems I’ve learned are only four lines each. I used a new Memory Palace for each.
I created the first two Memory Palaces on the fly, one in a hotel room, the other in an AirBnB. The third was in my current kitchen, a Memory Palace I’ve been using and reusing for Chinese since I started learning the language.

3. Create Your Associative-Imagery
Word For Word, Line By Line


Nothing creates more fun than creating associations that let you recall information like the lines of Chinese poems.
I like to get a sense for the word and let my mind do the work without force. Daily meditation helps because I’m relaxed, but I also tell April to give me a second when she feeds me the lines. In that second, I’m breathing and accessing the deepest reservoirs of relaxation I’ve cultivated over the years.
I also do a quick body scan and squeeze all my major muscles. This calms and centers me. My ego gets out of the way and all forms of resistance slip away.
Please don’t laugh at the meditation and relaxation. They are key to the success of most memorizers and memory competitions incorporate a version of it into the events.

The “Buttock Squeeze” Memory Technique
You Should Not Dismiss


I’ll never forget the Amazon reviewer who dismissed one of my books because I talk about relaxation and memory – including squeezing your buttocks. It was a seriously strange review.
But here’s the thing:
If taking a second to clear the mind and body good enough for memory competitors who demonstrate intense memory feats like memorizing a deck of cards in under 20 seconds, it’s good enough for my simple goal of memorizing some Chinese poems.
Don’t discount the power of relaxation in your memory practice. It makes a huge difference.
And yes, squeezing each muscle in your body – including your rear end – helps. Try it before you knock it. ?


As April feeds me the lines, I see Han Solo, Dee Snider and Shania Twain interacting in uncouth ways with Horton from the Dr. Suess book. I see my friend Shayne strangling Jar Jar Binks and Bruce Lee fighting a Chia pet. And that’s just for starters.
Are all these images a lot to juggle?
Not really. I do it all the time, as you can see on my Basic Chinese Phrases and Mandarin Mnemonics playlist:
https://www.youtube.com/playlist?list=PLkZ2FGJhR5R…
And the truth is … I don’t even really see the images. It’s somewhere between sight and sense using all the Magnetic Modes.
I made this infographic to help explain what I mean:

In such, the Magnetic Modes are entities of thought that have specific locations in a Memory Palace. Like Carl Jung dumping sand on my mom’s old friend Sandy. Where else could that be taking place except over the garbage can in the kitchen?
That where else question is one of the most powerful tools in mnemonics you’ll ever use.
But even if this jumble of characters and actions were challenging to keep moving in the air, it’s all a question of mindset.
Think of it this way: If the people who built rollercoasters said, “Woah, that’s WAY to much track to erect in the sky,” there would be no amusement parks.
Same thing with using a Memory Palace. If you tell yourself it’s too much to handle, it will be. But if you take it just one Memory Palace Station and one word at a time, you’ll have no problem memorizing Chinese poems.

5. Make Sure The Images Are Strong Enough


When memorizing Chinese poems in a hurry, it’s tempting to use the first images that come to mind. But that’s not always a good policy.
For example, in one line I saw a guy I used to know named Dan doing …
… something.
The reason I couldn’t see what that something was?
Because the image wasn’t strong enough. I had to crank up the volume on whatever forgettable image I’d seen before and see him stomping on a record from The Who with Roger Daltrey and crew screaming in protest.
Yes, screaming. It’s the exaggeration that makes it more memorable. Plus, Dan’s a big music fan, which makes the image incongruous. Because he would never actually destroy music, the image of him harming an album is that much more memorable.

6. Rehearse According To A Plan


Sometimes I can get away with just encoding the Chinese words and leaving it at that. But usually not and it’s stupid to take the risk.
Instead, I rehearse the words of the poems according to a plan. In the Magnetic Memory Method, it’s called Recall Rehearsal.
Recall Rehearsal is based on a few things:
1) The Primacy Effect
2) The Recency Effect
3) Von Restorff effect
4) Dominic O’Brien‘s Rule Of Five
5) My stubborn insistence on using internal repetition cues rather than SRS to learn.*
* The exception is that, in the spirit of Ebbinghaus, I sometimes complete n=1 experiments with various software as part of my memory research. So far, none compare to the power and the glory of memory techniques – at least not for me.

7. Speak And Write The Chinese Poems


Although I rehearse the Chinese poems quietly several times, nothing beats reciting them. Getting them out through the mouth creates muscle memory and helps with general pronunciation practice.
Likewise, writing puts the words into the muscles of the hands, arms and eyes as you see the words. Together, you are giving your memory the highest possible chance to succeed.


I also memorized Chinese phrases, individual words, some numbers and an English poem during the same period. This extra activity is not necessary, but I like to do it.
Why?
Because it’s like being a chef. Normally, I’m an expert with cooking eggs, but to get better at cooking eggs, I also need to make the occasional soup or steak or some other complimentary dish. Variety enriches and enlivens the core skills.
And that’s important for all of us as we live our lives using memory techniques. Memory improvement is the most critical activity in the world, especially now that we’re relegating so much of our memory needs to machines.
Be it math, Chinese poems or some other information that will make a difference in your life, following steps like the ones I outlined above will keep you in good stead.
Memory improvement is fun, easy and you can use it to recite Chinese poems – or anything you like – at any time.
Isn’t that exciting?