Episode from the podcastAwkward Silence 2.1 (Vegas Video Network)
Next Episode

Released Friday, 20th January 2012
Good episode? Give it some love!
About
Reviews
Creators
Lists
We began today’s show with a political take on the news, then Courtney gives us a new definition of “TMI” from the AVN awards. Afterwards Gooch welcomes Emmy Award Winning John Padon (Home Improvement, Wonder Years) to the stage to talk about a variety of subjects from the AVN awards, to owning your own comedy club, and John’s encounters with violence on stage on this edition of Awkward Silence 2.1. Show notes: 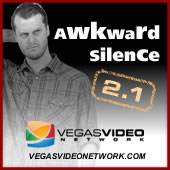 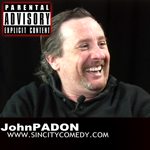 Join host Brandon “Gooch” Hahn for a twisted look at the world.
Do you host or manage this podcast?
Claim and edit this page to your liking.