Episode from the podcastCabinet Of Curiosities Podcast
Next Episode 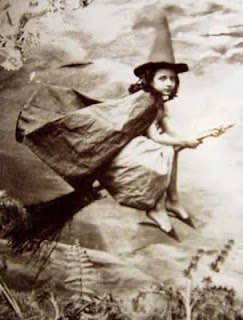 The first of our All Hallow's Read series, where the Cabinet offers up a creepy, fictional tale from some of our favorite authors in celebration of Halloween.

The Witch is a short story from Shirley Jackson, who Stephen King dubbed "The Godmother Of Horror." Although you probably do not recognize her name, you've likely read her story, The Lottery or experienced the far reaching influence of her book The Haunting Of Hill House. Disney's Imagineers were so taken by Hill House, they even worked a dramatic moment from the book into the Haunted Mansion ride.

Jackson certainly knew how to weave a spell with her words, it was said by many that "She used a broomstick as a pen." Most of her stories lull you into a sense of familiarity and coziness. That's when she hits you. Hard.

Jackson's interest in the supernatural and the occult was no secret - but she was secretive about it. Anyone who visited the family's house could see Jackson's collection of books, amulets, devices and various memorabilia. They always lived "in old strange houses, with lots of rooms, with attics that were cobwebby and strange. It was always an atmosphere in which things like poltergeists were very possible. There was a real Halloween atmosphere there, all the time." Said her son, Laurence.

Jackson isn't everyone's cup of tea - it takes a very special sort of person to appreciate her work. However, if you're here, this likely refers to you. 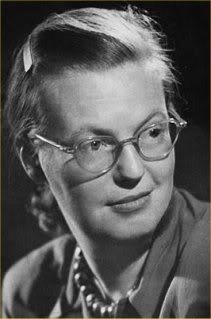 A collection of the extraordinary and the mysterious
Do you host or manage this podcast?
Claim and edit this page to your liking.