Episode from the podcastCongressional Dish
Next Episode

Released Sunday, 28th May 2017
1 person rated this episode
About
Reviews
Creators
1
Lists
The American Health Care Act, the Republican plan for a new health care system, passed the House of Representatives at lightning speed. In this episode, get the backstory on the reckless process used to pass the bill, learn how it changed from the original version, and find out how the Congressional Budget Office expects the bill would affect you.

Title I: Energy and Commerce


Title I: Committee on Ways and Means

Subtitle A: Repeal and Replace of Health-Related Tax Policy


Music Presented in This Episode

Design by Only Child Imaginations 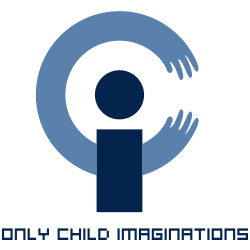 64
Congressional Dish is a twice-monthly podcast that aims to draw attention to where the American people truly have power: Congress. From the perspective of a fed up taxpayer with no allegiance to any political party, Jennifer Briney will fill you in on the must-know information about what our representatives do AFTER the elections and how their actions can and will affect our day to day lives. Hosted by @JenBriney. Links to information sources available at www.congressionaldish.com