Episode from the podcastDinner with Racers
Next Episode 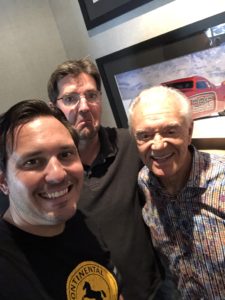 A true American Hero, Craig Breedlove has transformed his pioneering spirit in to becoming a land speed record holder for several decades. Breaking a number of land-based speed barriers, he is STILL the fastest American on wheels, on a record he set decades ago. A Southern Californian in every way, Craig tells us his unique story of how he went subsonic on a program literally built out of his garage. Lunch was served at Hozy’s Grill in Santa Paula, CA. Thanks again to Continental Tire and Acura for making it all happen.