Episode from the podcastDNA Today: A Genetics Podcast
Next Episode

Released Friday, 9th December 2016
Good episode? Give it some love!
About
Reviews
Creators
Lists
Dr. Joanne Kamens discusses gender equality in work environments, specifically in scientific fields and how to have a successful career in science. We talk about the progress made so far, and how much more advances there are to be made. Trailblazers such as Sheryl Sandberg have been increasing awareness for gender work equality with her Lean In movement. Joanne offers her insight why women are not represented equally in CEO, President and other high positions in companies. She comments on the gender pay gap and how companies can work towards closing it.
Careers in science include academia and research, but the list doesn't end there. Joanne explains a few non-traditional roles offered at Addgene and other companies. She shares her own experience to finding her current role at Addgene. Networking is key in careers, and Joanne discusses this in her Not Networking video. 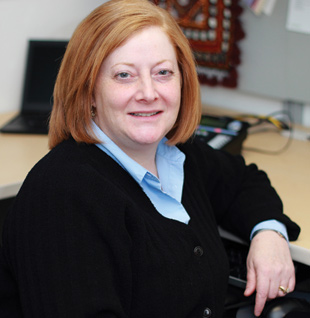 Dr. Joanne Kamens is the Executive Director of Addgene, a mission driven, nonprofit dedicated to helping scientists around the world share plasmid reagents. We previously talked to her colleague, Dr. Melina Fan about Addgene.
Joanne received her PhD in Genetics from Harvard Medical School then spent 15 years at BASF/Abbott, ultimately serving as Group Leader in Molecular Biology. In 2007 she joined RXi Pharmaceuticals as Senior Director of Research Collaborations. Dr. Kamens has been raising awareness of women scientists since 1998. She founded the current Boston chapter of the Association for Women in Science. Dr. Kamens was recognized as one of the 2013 PharmaVoice 100 Most Inspiring and one of the Forty Over 40 Women Making an Impact.