Episode from the podcastNot Just New Movies!
Next Episode

Released Friday, 29th June 2018
Good episode? Give it some love!
About
Reviews
Creators
Lists
[June 29, 2018] Return with the NJNM crew as they chat about 1994’s RETURN OF JAFAR, directed by Tad Stones & Alan Zaslove. 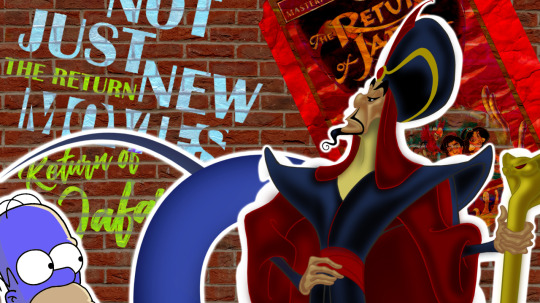 Thoughts and suggestions can be sent to notjustnewmovies@gmail.com.

“One year after the events of the first film, Aladdin and Abu have settled in the palace with Princess Jasmine and her father, the Sultan. Still yearning for adventures, Aladdin foils the robbery of a group of criminals led by Abis Mal, stealing their loot and returning it to the people of Agrabah. Meanwhile, in the desert, Iago escapes from Jafar’s lamp and refuses to heed Jafar’s demands to free him too, instead throwing the lamp into a well and returning to Agrabah, hoping to get close to Aladdin and return to the palace.” - Wikipedia
KcIH7qGjbc1XA7uWTfC2