Welcome to Our Neoliberal World

Released Friday, 17th March 2017
Arts
Good episode? Give it some love!
About
Reviews
Creators
Lists
In recent weeks, our comments section has been filled with request to define a term we use constantly on this show: neoliberalism. For people who like buzzwords parsed and spelled out, this hour’s for you.
There are countless avenues that neoliberalism can lead us through: from the dismal science of efficiency and austerity to the dismal politics in Washington on both sides of the aisle. In our neighborhoods, neoliberalism may mean the defunding of our public schools as well as the deregulation of our public services. It’s driving impulse may be the ruthless privatization of everything in existence: from parking meters to prisons. It’s affective influence can transform our personal relationships, both intimate and platonic; gamifying our everyday relationships and turning the dating pool into a competitive market. Through the co-option of feminist and anti-racist struggle, it can disguise class enemies as “woke” allies. Through the commercialization of our artistic works and the corruption of our scientific research, it can convert our greatest human achievements into metrics on a spreadsheet.
So, instead of pursuing a single definition in this show, we’ve enlisted an all-star cast of public thinkers to discuss where they see neoliberalism creeping into their daily life and work.
Corey Robin—professor of political science at CUNY, author of The Reactionary Mind and a formidable blogger on the left—sees a specific evolutionary chain in the American political system. Against journos like Jonathan Chait, Robin has argued that neoliberalism is not just a pejorative synonym for “liberalism.” Its political use, in the U.S. at least, refers to a specific transformation within the Democratic party elite as well as their allied beltway outlets. The formal outlines of neoliberalism were drafted in the pages of the Washington Monthly—most notably  Charles Peters’s 1983 “Neo-Liberal Manifesto,” but its influence extended well beyond this journalistic clique. Free-market friendly policies of the so-called “Atari Democrats” culminated in Bill Clinton’s election in 1992, but its deregulating drive began, as Robin reminds us, with the administration of Jimmy Carter:

Writer, editor, and queer activist Yasmin Nair—reporting from the grounds of American neoliberalism’s birthplace and de facto capital: Hyde Park, Chicago —tracks the ideological revolution through trends in mainstream feminist writing. From Lena Dunham to Arianna Huffington, Nair sees a rhetoric of therapy and inclusivity for elite women displaying analysis of class and power for the mass majority. The defining symbol of neoliberal feminism, Nair suggests, may be the bronze-casted “Fearless Girl” statue now staring down the bull on Wall Street. For the State Street Global Advisors, the Wall Street who funded the metal girl’s construction, the artwork was “intended to highlight efforts to get more women on corporate boards.” For Nair, it’s a cynical testament to elite striving and the desire to be recognized symbolically without resisting materially.
Greg Lindsay is the super-smart, MIT Media Lab-affiliated urbanist and technologist who has written for The New York Times, The Wall Street Journal, and Bloomberg BusinessWeek. He’s looking at neoliberalism’s effect in the global city, where innovation and corporate cash flows in while families and working people are pushed out. 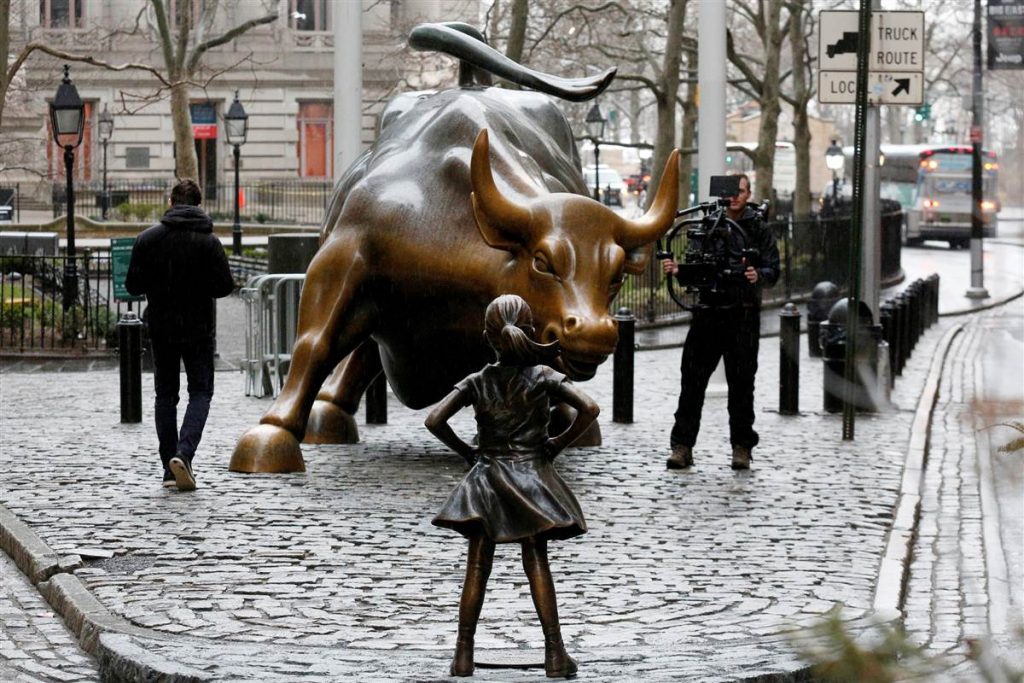 Moira Weigel, our favorite chronicler of love in the time of capitalism and the editor of the new tech magazine Logic, grapples with the interpersonal implications of neoliberalism in a digital world—one which profoundly alters our approach to friendship, courtship, and sex. She’s joined by Yarden Katz, our local biosystems whiz at Harvard, who argues that “neoliberalism reorders the priority of scientific projects according to what’s sellable and profitable in the short term, while steering science as a whole towards serving the technological interests of private stakeholders.” 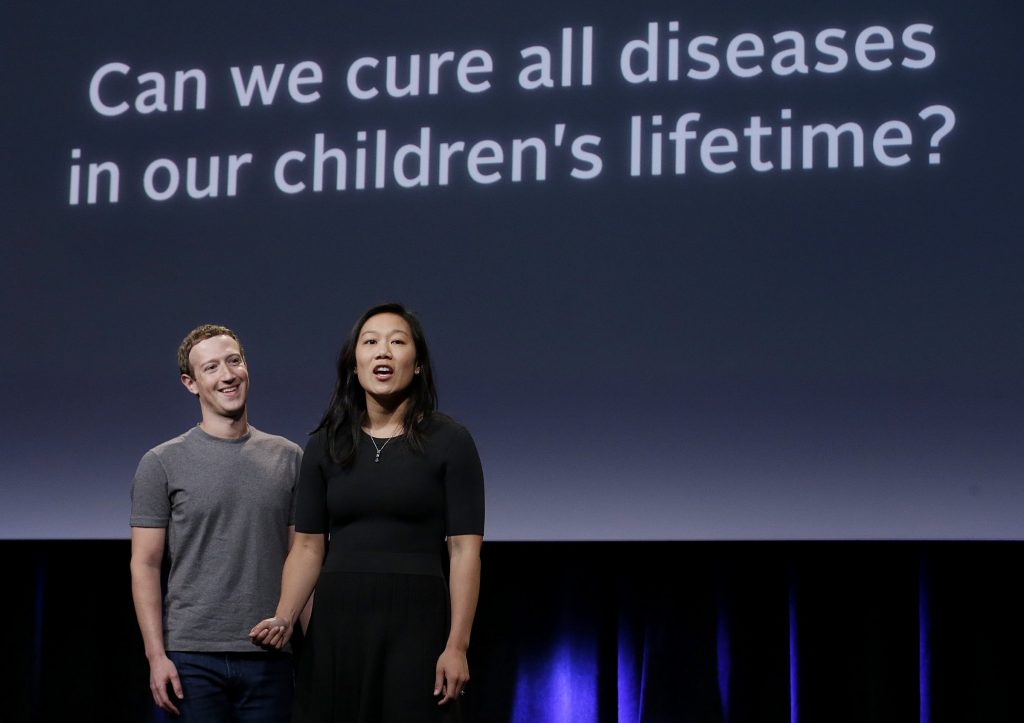 If you’re still trying to nail down a definition, here are a few helpful guidelines sent in by our friends and our correspondents over email. Put your own definition in the comments!
George Scialabba, essayist and author of Low Dishonest Decades: 1980-2015:

I’d say neoliberalism is essentially the extension of market dominance to all spheres of social life, fostered and enforced by the state. In economic policy, this means deregulation and privatization. In culture, it means untrammeled marketing and the commoditization of everyday life, including the intimate sphere. In law, it means consumer sovereignty, non-discrimination (which is after all economically irrational), and a restrictive conception of the public interest. In education, it means the replacement of public by private (i.e., business) support for schools, universities, and research, with a concomitant shift of influence over curriculum and research topics. In civil society, it means private control over the media and private funding of political parties, with the resultant control of both by business. In international relations, it means investor rights agreements masquerading as “free trade” and constraining the rights of governments to protect their own workers, environments, and currencies.
Bonnie Honig, Professor of Modern Culture and Media at Brown University and author of Public Things: Democracy in Disrepair:

Talking about public things is THE way, in my view. And also, as I say in my book, Public Things, it is always key to notice the ideological  character of the privatization claims of neo liberals, who say prefer markets to the state but always — nonetheless — enlist the state (policing, resources, etc) while claiming to have “privatized”.

Jason Jackson, Lecturer in Political Economy in the Department of Urban Studies and Planning at the MIT:

In my work the primary way that I conceptualize neoliberalism is as a particular relationship between state and market, but my own perspective differs from the conventional relationship that is supposed between the two. Neoliberalism is often touted as laissez-faire, free markets, and ‘getting rid of the state’. In my view (and those of others in my field who work on this) this characterization is misleading. It is more analytically useful to see neoliberalism as a particular mode of economic governance by the state. That is, neoliberalism refers to the imposition to particular rules by the state (laws/regulations, policies, etc.) that (re)structure markets in ways that are held to be more efficient as well as to guarantee freedom of choice.
Jill Lepore, historian at Harvard and New Yorker writer:

Neoliberals prefer numbers to facts and data to numbers. They are now among those decrying the fall of the fact, but they have had a real hand in that.
David Bromwich, Yale professor of English:

Seven or eight years ago, I was walking to lunch with a friend, a former dean of the law school, who mentioned he’d been “talking at the reunion to Bob Rubin, who said, you know, America is getting to be a less and less desirable place to live, it might be time to think about living elsewhere.” This was conveyed in a neutral tone – as a curious and maybe perceptive remark, anyway interesting considering from whom it came! I didn’t react neutrally. But it has occurred to me that neoliberals act with something like  the presumptive authority of absentee landlords between the time of the elder Pitt and Gladstone. Now the world is their Ireland and it is no more supposed to know how to run itself than the average smallholder or tenant-at-will.

Neoliberalism is all the rhetoric you hear in advertising and the media that assumes that our chief goals are to become more productive and competitive, to optimize ourselves like machines with apps and gadgets and “life-hacks” and lists of the 13.8 habits of highly workaholic individuals. The emergence of the word “creativity” as the great desideratum for individuals and corporations. Because it isn’t about self-expression or making art; it’s about creativity understood as a business good: “innovation” and so forth.

The post Welcome to Our Neoliberal World appeared first on Open Source with Christopher Lydon.