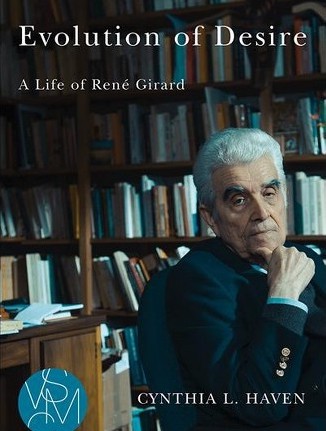 Could it possibly be that Stanford’s great humanist Robert Pogue Harrison invented René Girard out of sheer longing for an omni-theorist of our interlocking social and spiritual trials?

Harrison presented Girard in a striking piece in the New York Review of Books, “The Prophet of Envy,” last December as “the last of that race of Titans” in the “human sciences” of the 19th and 20th centuries — as far-reaching as Marx or Freud, and shockingly alert to the distresses in Trump time. “The explosion of social media, the resurgence of populism, and the increasing virulence of reciprocal violence all suggest that the contemporary world is becoming more and more recognizably ‘Girardian’ in its behavior,” Harrison wrote.

I recognized Girard (1923–2015) as a total stranger, but Harrison makes his late Stanford colleague vivid and vital: a thoroughly French mind and eye (think de Toqueville) who found his great assignment in America; a thinker challengingly avant-garde and also Christian; a legendary teacher himself who is remembered by Peter Thiel, no less, as a formative influence in realms of innovation and investment.

I’ve read a lot of Girard by now and Cynthia Haven’s friendly biography, and I can’t think of a figure more obscure who feels more relevant, and vice versa. My conversation with Pogue Harrison — at root a Dante scholar, by now a prolific podcaster in the wide realm of ideas — turns eventually to the biological sciences today at the advent of CRISPR gene-editing technology. We are experimenting here with a coast-to-coast podcast conversation on almost anything.