Episode from the podcastSancta Colloquia
Next Episode 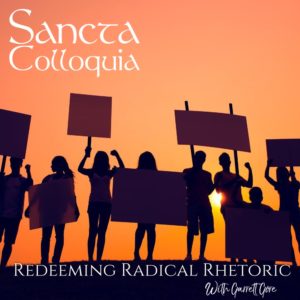 This makes sense and it’s ironic. Don’t we adults accuse the youths of not taking language as seriously as we do? Yet here is one of those youths explaining the system of language as well as articulating the deep need for redeeming language and rhetoric and words. Garrett says, “Humans are subjects who are tortured by language.” And I think he’s right; this is the back bone to the entire conversation. Whether how we use words, how words impact us, what we think about words we think we understand, there’s an awful amount of torture. We need to reclaim language, Garrett explains in various ways, so we can cause a hard break with the many abusive systems in play (Religious, Social, and Political etc.) that are employing language to sustain the abuse and oppression.

The status quo is sustained through the use of language that causes numbness and blindness and deafness; Garrett issues a call to wake up and see the power of language used rightly and powerfully and critically. It was such an honor and privilege to have Garrett on the show; I’m grateful for his wisdom and ability to communicate these very important concepts. I hope you enjoy listen to his words as much as I did. 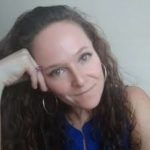 About The Host: Lauren R. E. Larkin is a priest in The Episcopal Church and teaches High School Religion/Theology. She is a mother of three and a wife of one. Follow her on Twitter @laurenrelarkin and read her musings over at laurenRElarkin.com.