Seminary Dropout 118: Derwin Gray on Playing in the NFL, Money, & the Challenges of a Multiethnic Church 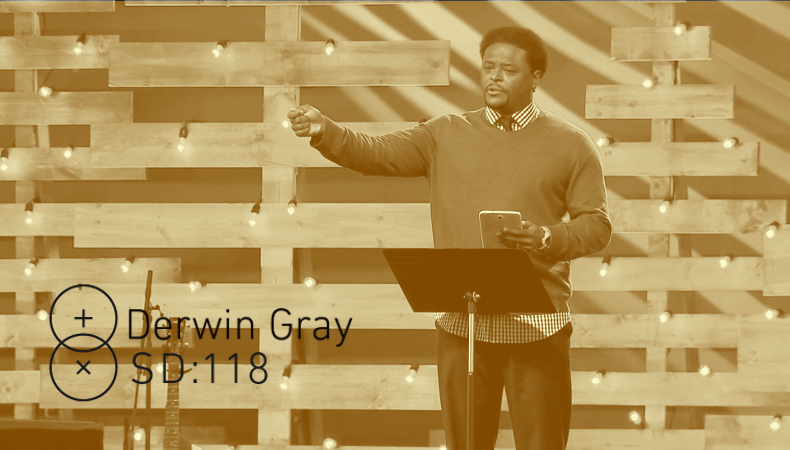 Derwin L. Gray is the founding and Lead Pastor of Transformation Church (www.TransformationChurch.tc), a multi-ethnic, multi-generational, mission-shaped community with two campuses in South Carolina (Indian Land and Rock Hill), both just south of Charlotte, North Carolina. Transformation Church (TC) also has two campuses in South Carolina Correctional Institutions (Kershaw and Lee). For three out of the last five years, TC has been recognized as one of the top 100 fastest-growing churches in America by Outreach magazine.
Gray met his wife, Vicki, at Brigham Young University. They have been married for over 20 years and have two children.
After graduating from Brigham Young University, he played professional football in the NFL for five years with the Indianapolis Colts (1993-1997) and one year with the Carolina Panthers (1998).  He then graduated from Southern Evangelical Seminary magna cum laude, with a Masters of Divinity with a concentration in Apologetics, where he was mentored by renowned theologian and philosopher Dr. Norman Geisler. Gray is currently pursuing a Doctor of Ministry in New Testament Context at Northern Seminary and has been awarded an honorary doctorate from Southern Evangelical Seminary. He’s recognized by many as The Evangelism Linebacker and is a highly sought-after communicator.  Gray is the author of Hero: Unleashing God’s Power in a Man’s Heart (2009), Limitless Life: You Are More Than Your Past When God Holds Your Future (2013), Crazy Grace for Crazy Times Bible Study (2015) and The High-Definition Leader (2015).

The High-Definition Leader is an invitation of grace for churches and their leaders to grasp the ancient call of the early New Testament Church that crossed ethnic and socioeconomic barriers to create heavenly colonies of love, reconciliation, and unity on earth. In it, you will learn the theology and practices that will help you build a mission-shaped, multi-ethnic church. –From the Publisher
Interested in advertising on Seminary Dropout? For rates and information contact me at shane@shaneblackshear.com
If you liked this episode then you might also like…
Seminary Dropout 113: Sean Palmer On Being the Black Pastor of a Predominantly White Church, & Politics