Episode from the podcastShark Tank Podcast: A Podcast all about Shark Tank, Online Business & Entrepreneurship
Next Episode 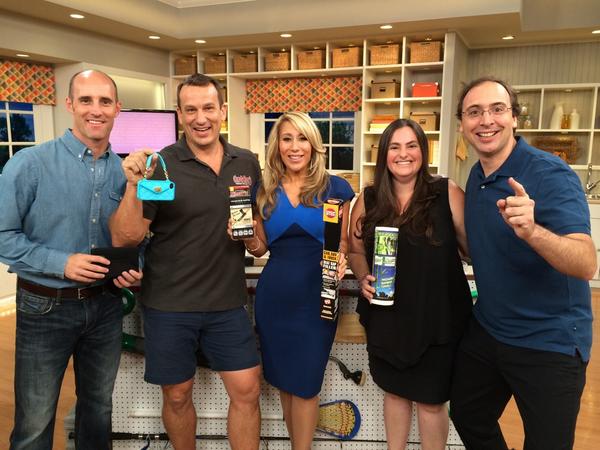 Today on the show we have Noam & Irene from Bambooee.  They  did a $200,000 deal with Lori Greiner. We talk about how working with Lori has impacted their business, what it really takes to become a successful entrepreneur, and much, much more. Tune in today to hear some insider information you won’t hear anywhere else.
[bctt tweet=”You do what you need to do to get what you need. -@bambooee”]

In this Shark Tank Update you will hear:

People, Places, and Things Mentioned on This Shark Tank Podcast:

8 million people watch Shark Tank regularly, please help me find them.
If you love the Shark Tank Podcast and want more o…
If you have any suggestions, don’t hesitate to drop me a line via the voicemail button at the bottom of this page, via email at TJ {@} Sharktankpodcast {DOT} net, or via Twitter at @SharkTankPdcast.
Until Next Time…Bu-Bye!
TJ
The post Bambooee Update – Noam and Irene Krasniansky – Sha… appeared first on Shark Tank Podcast.

If you are a fan of the TV show Shark Tank, and are an entrepreneur, solopreneur, or someone who is focused on taking their business to the next level... then the Shark Tank Podcast is where you belong. Interviews with Barbara Corcoran, Lori Greiner, Shark Tank Entrepreneurs from the TV show, and real life sharks that are dominating their industry or niche. Receive updates from previous Shark Tank entrepreneurs and learn how they landed deals with Mark Cuban, Daymond John, Robert Herjavec, Kevin O'Leary, Barbara Corcoran, and Lori Greiner. Shark Tank Podcast episodes include topics such as entrepreneurship, online marketing tips and strategies, search engine optimization (SEO), blogging strategies, startups, affiliate marketing, email marketing, outsourcing, social media, podcasting, productivity hacks, getting things done, building authority, growing your audience, earning more money, and so much more! This is a deal that you would be unwise to pass up. Jump In!