Released Sunday, 21st May 2017
Good episode? Give it some love!
About
Reviews
Creators
1
Lists
Welcome to the 100 Word Stories podcast at oneadayuntilthedayidie.com.

This is the Weekly Challenge, where I post a topic and then challenge you to come up with a 100 word story based on that topic.

We’ve got stories by: 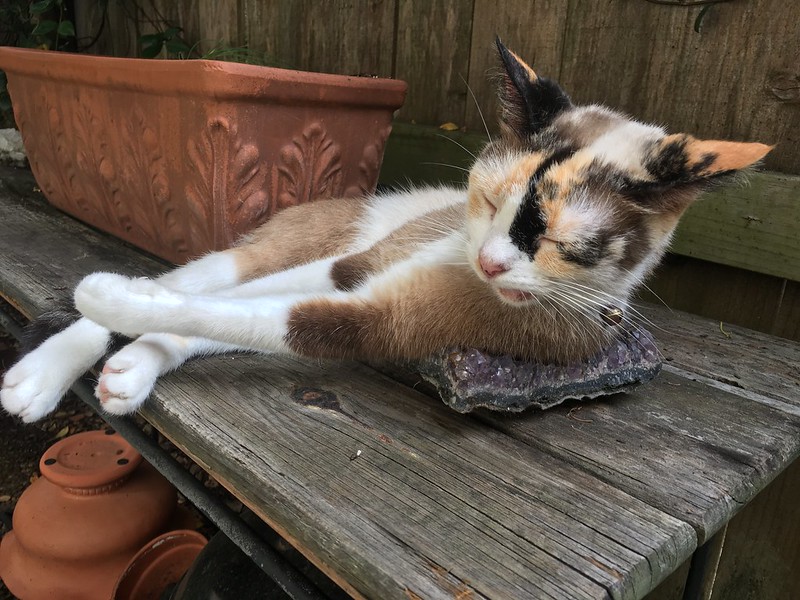 On the subject of Banks
By Christopher Munroe

There are lots of different banks.

Commercial, investment, river, Tyra, the Banks family, who live in Bel Air with their cousin from west Philidelphia, the other Banks family, who briefly employed a magic nanny to handle their children, and no doubt many more…

So many banks’, each so different than the other, and yet each in turn sharing one fundamental thing in common.

Whatever the bank, you don’t want to crash a party bus into them while drunk.

Except the family in Bel Air, maybe.

That was kind of a fun afternoon.

I still get Christmas cards, from Alfonso Ribeiro…

When I had a deposit to make, I always drove to the bank, waited for the guard to wave the metal-detecting wand over me, and stood in line for a teller. Today was no different. I filled out the deposit slip and handed her the slip and a piece of paper that read “The Capitals will fold in Game 7 of the second round of the playoffs again this year.”

“What’s this?” the teller asked.

“My great-uncle always told me that if something was invariably true you could ‘take it to the bank.’ Predicting another early exit for the Caps seemed like a safe bet.”

The teller nodded, took both pieces of paper, and credited that advice to my account.

Dick was a bank of a man, in that he was a heap of flesh; an inglorious mass of meat carcass propped up against his daybed pillows.

He was surrounded by a dozen, small; nervous animals and paper plates covered with the evidence of the sugary and fatty diversions with which he occupied himself.

As he dozed, he reviewed the bullshit that he would soon share with his subjugated audience.

He has been involved in mass communications for several years, and as his mind slowly dissolves, his vocabulary and limited creativity steer him into early onset of dementia, delirium, and dotage.

Tony ‘Knuckles’ Jones looked shiftily around the bar before addressing me in a low voice.

“So, this bank job tomorrow… All in hand?”

I nodded: “Yeah, in early when the guards change shift – they’ll be distracted, drinking coffee. Not many staff about; I scope the joint, suss out the vault and what’s what.”

“Smart plan. Then what?”

I was interrupted by the rozzers turning up!

“What’s this about a bank job, lads?”

I pulled out my offer letter, “I start tomorrow – six month’s probation. Gonna be early and make a good first impression!”

The day I won the lottery, I laughed all the way to the bank.

I laughed when I forgot my PIN number – three times – and, I practically cried with laughter when I failed to convince the bank staff who I was.

I didn’t laugh so much when the police arrived. They said it was ‘no laughing matter’.

I laughed, and told them it was all just a big mistake. They weren’t amused.

With hindsight, I shouldn’t have laughed at the magistrates and called them tossers!

Thanks to the restraining order, I can’t get my cash.

As a student, I’d try anything to make spare cash.

I joined a blood bank and a sold them a few pints but they banned me – apparently, there was too little blood in my alcohol stream!

I was also banned from the sperm bank – they caught me leaving a deposit with the receptionist. I argued that the interest was high, but they weren’t impressed.

The bottle bank wasn’t interested in trading in plastics, which was all I had.

So university was spent in poverty and I never got rich.

Ironic, since I eventually qualified as an investment banker

Building Character
When I was Eight years old my mother took me downtown to the closest town with a downtown. The most auspicious structure in the tiny town was a neo federalist bank building. We talked up to a teller behind a brass latticework right out a scene from Bonnie and Clyde. I slide 14 dollar 43 cents, he hand me my first pass-book. With the amount I had deposed and the date. Over the next ten years the amount in that account swung radically up and down. The account was finally closed due to banking fees. So much for building Character.

Sally stretched out on the bank of the river and looked up at the stars, the glorious glittering stars, thick as a river themselves, way out here in the country. Mama told her that river was called The Milky Way, but Miss Renata told her that in Spanish they called it The Shepard’s Path.

She knew it was never a good idea to swim in water at night.

Boring, maybe, but when I’m in charge of the bank, it’s different.

Take the memorable Christmas Aunt Maisie went bust speculating on hotels. I pursued her relentlessly, foreclosing on her mortgages, bankrupting her, and – when she still couldn’t pay – sending the boys round to break her legs.

Yes, I know it’s only a game, but I take being banker very seriously indeed, and I fully expect you to do the same.

I think it’s your turn to roll the dice!

The security camera of the bank turned slowly, especially because it would get stuck in a certain position looking away from the main room into a wall. When Deborah stood in front of the camera frantically waving for help, Thomas, the security guy, was watching TV. The SWAT team stormed the bank and saved Deborah. Thomas took a glance, still the wall. But it was time to go home. He put on his coat and walked downstairs, a broom in hand, to hit the slow camera back into motion. Then, Deborah grabbed the broom and hit Thomas with it, quickly!

Bank
———
Without a breath of wind to drive it, the shallow-bottomed derelict floated out of the night-mist, threading its slow way up the waters of the Great Marsh, until at last it drew in to the bank.

With a silent sigh the rotten timbers burst apart and sank into the mud, releasing its shapeless cargo. It flowed over and into the marsh, spreading and clumping.

A solitary boggaert was the only witness. It incuriously grabbed at it with its massive webbed hands. “Glup,” went the thing. The boggaert was no more, and the thing was bigger.

The Great Blight had arrived.

Michael stood on the bank of a rushing river, throwing pebbles into
the foaming center of the channel. The first time was an accident,
but he soon learned the splashes attracted the creature. She rose –
pale skinned and shimmering scales – with a gaze fixed on him as she
sang a melody that filled the air. At her melodic command, Michael
stepped off the riverbank. The rope at his waist held him above
water, only legs dangling under the surface like fish bait. The
creature surged forward on powerful fins. Michael had his knife at
the ready to receive her.

The six weary cowboys of the cattle drive warmed themselves by a small campfire. They talked about their second day on the trail and rubbed their sore muscles.
Cookie blew a sad song on his harmonica. As he finished, Zacharias, the drive captain, said, “Boys. Let’s bed down. Wilbur it’s your turn to bank the coals.”
The cowboys left him to his work and rolled out their beds.
In the morning, the remains of the fire and Wilber were both gone, never to be seen again.
Zach regretted not being clearer with his instructions. He knew Wilber wasn’t that smart

When you bend yourself to the mind of someone else’s reality, you are no longer your own person. You are at the will of the entity you submitted yourself to. What are you willing to sell yourself for today? Power, status, or simply your next fix? How large your next house? How luxurious your next car necessary to perfect the image plastered on your house of cards? Be prepared to step into the straightjacket of your dreams, because you’re about to be convinced you can afford the interest rates, by the same deregulated system that calls me a filthy liberal.

I watched Francois sip his coffee as hooded teens went from car to car, smashing windows.
“I ride the Metro,” he said. “What concern of it is mine?”
One wore a black ISIS flag as a cape.
He shouted a lot. All I could understand was “Allahu Ackbar.”
“Don’t you thank Jesus for your touchdowns?” said Francois. “It’s rude of you to judge.”
Another teen lit a Molotov and threw it.
The black ISIS flag caught fire, and the teen wearing it struggled to pull it off.
His friends ran, leaving him to burn.
Francois left me with the check.