Episode from the podcastThe BrainFood Show
Next Episode

What We’ve Learned This Month 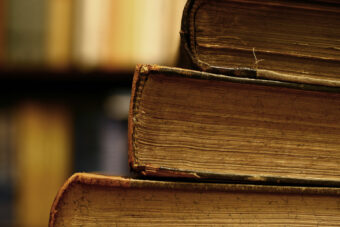 In this episode of The Brain Food Show, we are start out looking at the rather curious phenomenon of the average of your friends being happier, wealthier, and more successful than you.

Next up we have a brief message from our sponsor Backblaze and unlimited automatic backup service for just $6 a month. Try it for free for 15-days! http://backblaze.com/brainfoodshow

Next up, we discuss how much caffeine it would take to kill you as well as the general healthy upper limit to intake daily. After that we look at the longest burning light bulb, the largest single bet in history, the male version of the word nymphomania, the Olympian who won a match despite being dead at the time of his victory, that time Simon Cowell hijacked a bus, whether blind people really have superior hearing, the horned lizard’s bizarre defense mechanism, Abraham Lincoln’s amazing “wrastling” skills, and a rather adorable fact about ants.

On another note, if you could do us a huge favor and rate and review this show in whatever podcasting platform you’re using (including hopefully giving us some feedback related to the new format), we would be extremely grateful. Thanks!

You can also find more episodes by going here: The BrainFood Show

The post What We’ve Learned This Month appeared first on Today I Found Out.