Released Tuesday, 26th January 2016
Good episode? Give it some love!
About
Reviews
Creators
Lists
When I was at ULTIMATUM, the most epic seminar in the world led by Donny Epstein, I met up with John Amaral (Founder of Body Centered Leadership) and we decided to record this episode together in an epic freestyle of creative expression…talking about creativity, of course. 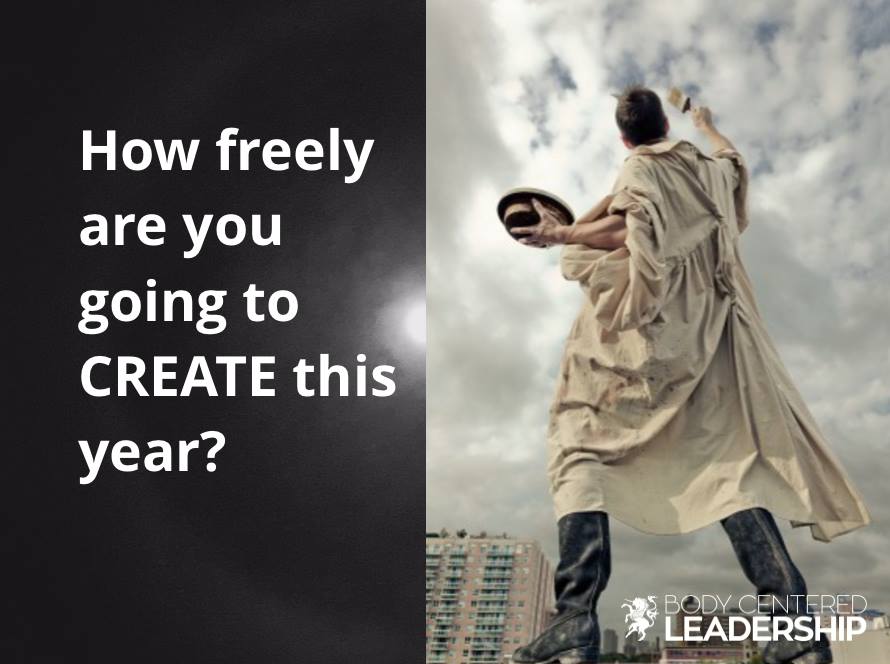 For those who don’t know John yet…John is the Founder of Body Centered Leadership, an epic year-long journey and mastermind program that focuses on mastering the invisible forces that shape your body, life and destiny to fast-track your way to unshakeable confidence, profound aliveness, and unlimited abundance.

John is also well-known as one of the best Network Spinal Analysis practitioners in the world, working a regular clientele of A-list celebrities like Tony Robbins, as well as some of the most extraordinary entrepreneurs and influential people in our world today. You may have heard me talk about Network Spinal Analysis before in my story of overcoming anxiety.

Here are some nuggets of wisdom from our conversation:

“When we get outside of ourselves and stop thinking about what others will think of us, or what we what to be known for and anything attached to our self-image…we reach this state beyond ourselves where true creativity exists and thrives.”

“The true creative flow comes when you are not thinking about how you are going to be perceived.”

“Its when we are worried about how others will think of us, or we’re focused on making a name for ourselves and being known for what we create, or anything attached to feeding or protecting our self-image that we interfere with accessing and expressing our true creativity.”

“When you actually listen to your true creative calling, that’s when the magic of the Universe suddenly opens up to you.”

“Whatever it is that makes no sense, that doesn’t seem like it’d lead to any sensible outcome, and that you are extremely excited and passionate about often leads to a new realm for you to explore that opens you up to a new paradigm. That doesn’t mean you have to drop everything else you’re doing, it means this may be a call for you to accept and explore.”

“Our culture generally sees creativity as something to create, then make exclusive to have a grand profit…where the creativity John is talking about has no end outcome, no personal gain attached, it is expressing the creativity of your infinite potential (without any boundaries and attachments). When we connect with creativity for the sole purpose of exploration and expression…we create the expression of the divine calling through us, naturally benefitting and inspiring others in the world.”

“You are not here in just this timespace. You are not just here in this one dimension. There are many versions of you. Each version differs from how you move your body, your language patterns, the amount of energy you have, etc.”

“Anger can support you in raising your standards for being greater than ever before.”

Tune in below for this epic episode on The Soulfully Optimized Life:

Audible is offering a FREE Audiobook and 30-day Trial for all listeners!

Click the image below for your free audiobook and …

When I asked John where the roots of his legacy started, he told me that he had never worked with a Chiropractor nor had any desire to be one. In fact, he had no interest in personal development, health nor wellness. He would paint, draw, surf, and skate everyday as he was pursuing a fine arts major.

One day he signed up for an anatomy course that was filled with pre-med students which included dissecting the human body, cadavers an all that fun stuff. He never had any interest in going in the medical direction until he was examining the human body and was fascinated by it, and more by the animating force that made these bodies alive.Ironically at the same time, he was drawing and painting human bodies in his art classes.

The professor who was teaching the anatomy course was a Chiropractor who wasn’t in practice anymore and one day he approached John asking him what he’s going to do with his life. John told him that he’s majoring in fine arts. The professor interrupted him, telling him that he had to go in the healthcare field because he’s acing the class like its a piece of cake…where others are struggling in the class and trying to go into pre-med. Two weeks later, one of John’s martial arts buddies told him after a class that he had to go to Chiropractic school, that he’d love it and be amazing at it.

With never going to a chiropractor, he signed up for Chiropractic College. After enrollment, John took an Organic Chemistry class where he met Christina, his wife and partner of 20 years. She told him about Donny Epstein and how at the time she was going to be a lawyer. She had her session and it was so profound, she felt like she could breathe for the first time. In her total fascination of Network Spinal Analysis, she asked Donny how she could learn about this and practice it. He told her to go get a Chiropractic degree and then she could learn this through their mastery classes. She went out to California for Chiropractic College and then met John.

Christina kept telling John that he had to go experience a Network Spinal Analysis session, and he followed through one day in 1993…mostly because he liked Christina. About 6 months later, he went to a seminar called the Transformational Gate with Donny Epstein at Mount Madonna and had his first awakening experiences. After this seminar, John was hooked and knew he had to become a practitioner of Network Spinal Analysis. So he went on to create a healthy, growing practice with his wife.

When I asked John what was the major breakthrough moment for him to working with some of the most influential people in the world, he told me how he was at a program with a very accomplished practitioner. They were having a conversation and during it he nonchalantly said that he is one the best in the world, and that triggered John. It made him realize that he was playing smaller than he could, and that pissed him off. At the same time, he was impressed by this man’s confidence and high standards for living life.

This experience lit a fire in John to raise his standards and serve at a higher level than ever before. He dedicated himself to show up with more than every before consistently, and that led him to become one of the best in the world…serving the highest level influencers of our time, as well as creating an evolutionary year-long program: Body Centered Leadership.

Now, I want to hear from you…

How freely are you going to create this year?

Adam Siddiq is a Peak Performance leader for Millennials On A Mission who created the Soulfully Optimized Life podcast to bring on extraordinary guests who are living a purpose-driven life focused on maximizing their gifts for humanity...so that you can gain the inspiration and wisdom to accept your calling, live your purpose, and live an epic life as you give your gifts for the world.