Episode from the podcastUrbanism Speakeasy
Next Episode

Anthropology (the fine art of people watching), with Katrina Johnston-Zimmerman 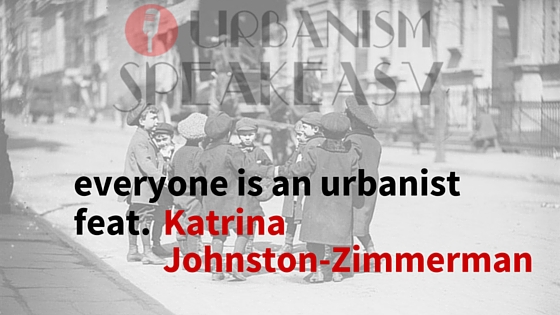 The relationship between cities and hinterlands

Katrina likes to figure out what makes people tick. More specifically, she’s intrigued by how people interact with the built and natural environment. How do we translate the old hunter/gatherer habits into modern contexts? Americans are congregating in metropolitan areas more than ever.

There’s a growing debate in professional planning circles about whether or not people should be spread out across nature or clumped in cities. What’s an urbanist to think?!

Creating places and spaces for people

Everyone has something to add to conversations about design (buildings, streets, parks, etc.). Jane Jacobs was notorious in the 20th century for daring to suggest “regular people” had better ideas about infrastructure than paid professionals. Now, of course, professionals quickly pledge their undying devotion to Jacobs and human-scale design.

Anthropologists have been practicing research-based analysis for ages to identify “proper” types of community change. Proper, meaning what we know about human beings as a species and the environments we create around ourselves.

Is there a balance between NIMBYism and destruction of communities (e.g. highways)? Katrina shares some ideas about the perspectives of a diverse population. And yes, she does believe professionals still have valuable contributions.

Maybe the biggest disappointment of all time: anthropology is not exactly what we saw in Raiders of the Lost Ark.

Read Katrina’s blog post on the weirdness of urbanism.

How is urbanism evolving?

This could go a million different directions. I ask Katrina how cities are changing based on the behavior of Pokemon GO app users. Kinda…

But seriously, listen to what Katrina has to say about the expanding role of technology in modern society.

Get a free anthropology audiobook!

Urbanism Speakeasy listeners: try Audible FREE for 30 days and get a FREE audiobook.

You like listening to podcasts. But it’s ok to take a break from Urbanism Speakeasy and listen to some books.

Give Audible a try. Keep the free audiobook even if you cancel your Audible membership. 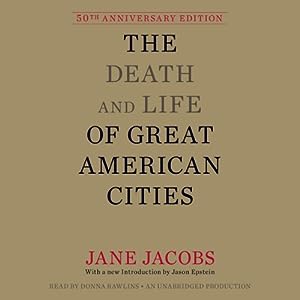 Urbanism Speakeasy is the podcast about human-scale design, just the way the free market intended. We're interested in what makes great cities, towns, and villages. Common sense planning and design has been taboo for decades, thanks in large part to government intervention. We talk about technical issues in plain language for everyone to understand. No advanced degrees or new urbanism pedigree required.