Episode from the podcastWe're Not Dead
Next Episode 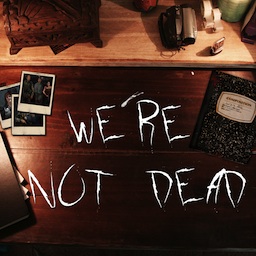 This week on We're Not Dead, it's time to cover the third episode of chapter 22, which means Nikvoodoo makes another welcomed appearance. Of course, Britt had to make it as tough on Nik as possible and invited his forum rival Ra1th to join in (Greg out covering attending E3). The final episode in this teasing chapter leaves a lot up for discussion, as almost every topic you can think of is touched upon at one point or another. Nik unveils some of his predictions, Ra1th rants on Saul (and kisses Angel's ass) and Britt gives her reason why she thinks Michael and Pegs are a boring couple (spoiler: it's not a good reason). Make sure you tune into the end of the podcast for a special behind-the-scenes audio clip featuring...Pippin!