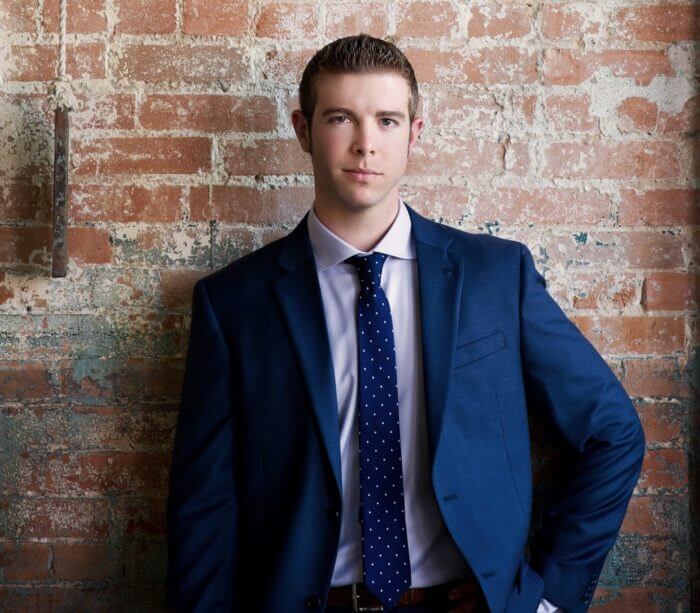 I want this article to begin with an old man saying “let me tell you a tale of the world long before it knew podcasting was cool…” And then I want to pan down to Dan Franks as a kid listening to a radio and loving the medium. Then we would skip to him becoming an accountant, discovering podcasts, deciding to make his own, and then realizing there was something missing. Insert a thought bubble over his head and show him imagining a place where podcasters could meet face-to-face and learn from each other. Screen goes black and the title, “Podcast Movement,” appears in bold letters.

Sadly, my bosses did not approve my budget request so I’ll just have to tell you what I learned from interviewing Dan Franks with you via the typed word. Don’t worry, I have a feeling it’ll still be pretty interesting. Dan has been in podcasting for around seven years as a creator and founded Podcast Movement after realizing that there wasn’t a place to build the podcasting community in person or dedicated to educating podcasters in honing their craft. There have been five Podcast Movement conferences and the number of attendees has quintupled over the years and Dan has learned a lot over those years. Here’s what I learned from Dan and his podcast-elder knowledge.

Dan’s first love was radio, and when I talked to him we discussed the movement of major broadcasters – like NPR, LPM, WNYC, OPB, and others – into the podcasting space. Dan doesn’t think that flow only goes one way though: “What will be interesting is we’ll see some of those podcasts, homegrown podcast talent go the other direction potentially being on the radio and having their shows picked up for broadcast.” Dan foresees content flowing between mediums being a result of podcasts becoming more and more mainstream over time.

One way that expansion into the cultural norm could happen would be through a  kind of cross-promotion between mediums. Dan and I discussed the fact that, while watching the news recently, the reporter reminded the audience that they could hear the full story on the show’s podcast. “Those are the forms of media that people are consuming that likely aren’t listening to podcasts. If you’re sitting around watching the news you might not be in the demographic that’s listening to a podcast…” Dan explained. He went on to say that “those types of exposures, kind of a cross-promotion, will continue to bring new listeners into the space.” As more people flood to podcasting though, there are some things we will probably see change.

Podcasting has long been hailed as a medium with an incredibly low barrier to entry, meaning almost anyone can become a podcaster. As the industry has matured, more and more resources have become available to make that process even easier, which means that everyone can make a show. With so many shows coming in, I had to ask Dan if he foresees a rise in listener expectations for show quality. In other words, will new podcasters have to come into the space with more know-how than previous beginners in order to stand a chance at competing?

Dan responded to my question with the fact that what is going to be more important than ever before is making something good. The people who come in at the lowest point of entry are still competing with other shows for listeners on all the podcasting platforms, so “it’s going to take more effort and more emphasis to create something good and create something that’s worth people listening to.” Dan points to the fact that getting good does take time, and you need time to “be bad for a while before you become good.” The key to learning how to make a good show, Dan says, is not necessarily money spent on services or educational resources, but instead that “time and dedication.” These are what take podcasters from mediocrity to having a real following.

From the expansion of podcasting through cross-media promotion to the raising of expectations for beginners entering the industry, Dan brought up a lot of great points. The one he closed with, though, was my favorite: “podcasting is really young, in the infant stage… it’s exciting times to just be a part of it at all” because the future is still so bright. We get to watch what all of these changes lead to and that’s a really unique position to have.

If you want to hear what Dan is up to here are a few shows you can listen to. Dan’s first show, now long ended, was Entrepreneur Showdown. Men Seeking Tomahawks, a variety show with music and lots of personalities that mimics a morning talk show, is Dan’s other personal show, though it is on hiatus currently. Also, Podcast Movement puts out a podcast called Podcast Movement Sessions that lets the audience listen to talks from previous Podcast Movement conferences and hear the speaker or others expand on the content there, as well as shedding light on the community that makes up the conference. Podcast Movement is also putting together a flash-briefing podcast that will include podcasting news and what creators and listeners need to know.  Check those out and leave a review to let us know what you think!

This piece on Dan Franks continues our new Industry Leaders series. We want to talk about the people who are pushing podcasting forward and hear what they think may be coming to podcasting as a whole. If you have suggestions for an interview or questions about the content, feel free to email me at morgan@podchaser.com.