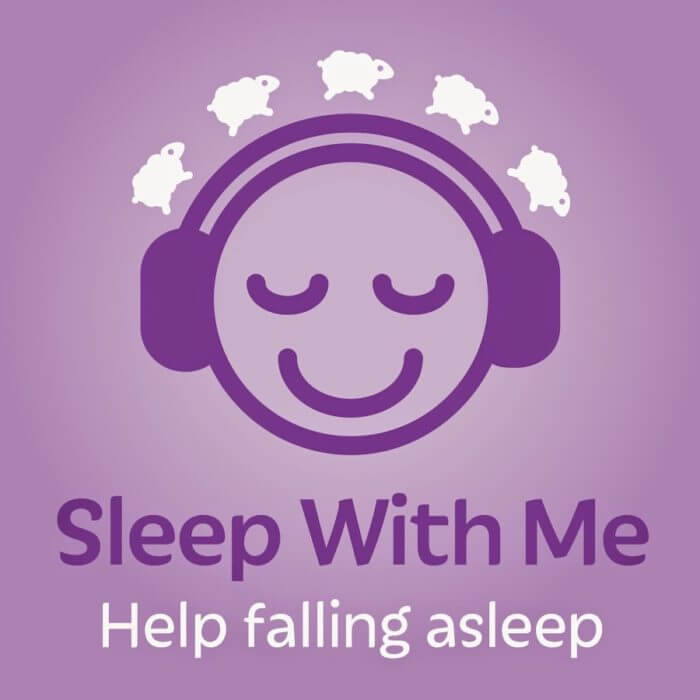 An Interview with Drew Ackerman, host of the “Sleep with Me” podcast

Drew Ackerman is the host and creator of the Sleep with Me podcast. The podcast has a simple goal – it aims to help people fall asleep. We recently sat down with Drew to go over how he’s crafted over 700 bedtime stories for grown ups.

Behind the Streams with Drew Ackerman

I am a sleeper. Not like a sleeper agent, just someone that sleeps an awful lot. Sleep is just something that I am very very good at. I nap most days after waking up late in the morning and then stay up quite late. My little sister is not quite so lucky. She suffers from insomnia and only sleeps three to four hours a night. She has recently taken up meditation and tea drinking and working out and cutting down on caffeine and each helps a little, but she doesn’t come close to the glorious amount of sleep that I get.

I hadn’t given insomnia much thought before my sister started struggling with it, but it turns out that people with insomnia give it a lot of thought. Actually, they give all sorts of things a lot of thought when they lie awake at night as everyone else sleeps. Drew Ackerman laid awake long enough to come up with the Sleep with Me podcast, the award-winning show that has been featured in The New York Times, The New Yorker, Buzzfeed, Mental Floss, and Dr. Oz.

Drew, affectionately known as Scooter to his fans, has been making Sleep with Me since 2013 and now has 2.3 million downloads a month. Rated a top health podcast more than once and considered essential by several podcast review outlets, Drew’s stories continue to invite adults to relive their childhood bedtime and drift off to sleep.

The Origin of “Sleep with Me”

I remember the first time someone mentioned Sleep with Me in a long list of successful podcasts that I should look into for interviews. My first thought was that my boss had told me not to cover anything too explicit and a show asking for sex seemed to possibly cross that line. Drew had agreed to an interview before I found out what the show really was.

The Sleep with Me podcast is bedtime stories for grown ups. It’s a podcast to help people fall asleep.

I learned that Drew isn’t inviting his listeners to any sort of illicit behavior, and is instead shooting them all the way back to their childhood bedroom and tucking them in for a good night’s sleep.

We do all kinds [of stories]. They tend to be more on the silly, fantastical side. Sometimes we’ll do tv recaps, like right now we are about to start off with The Good Place. It’ll be a recap of an episode, but more like of the set design or the acting or things in the background. Sometimes we’ll just tell versions of fairy tales, and then we usually have an ongoing series. Like right now it’s nuns in space and it’s kind of a sci-fi serial where I’m on a ship with the nuns from my childhood.

Of course, the show doesn’t guarantee anyone a restful night, but it does fill a gap in podcasting that seemed to believe adults don’t want bedtime stories. Drew didn’t buy into that idea and, no matter how silly the stories sound, they are always written with adults in mind.

Drew hasn’t spent over five years telling stories to sleepless listeners solely because it’s a fun hobby, though. From the very beginning, he had one thing in mind – helping people like himself – and that has been the guiding light for every episode.

A Podcast for Falling Asleep

Sleep with Me is targeted toward adults, but specifically adults who simply can’t fall asleep, who have tried everything to sleep and still can’t. Drew made a show for them because those are his people.

I’ve suffered with insomnia and sleeplessness my whole life. When I was in fifth and sixth grade, that’s when it started for me, I had a lot of anxiety about school and I couldn’t sleep and I discovered the radio. And I would lie in bed listening to comedy radio in particular… And it never put me to sleep, but it made me not worry about the next day at school and it made me comfortable and it made me not worry about not being able to fall asleep.

When Drew fell in love with podcasting and the intimacy of the medium, he thought he may have stumbled upon something that he could use to help people. The medium combined with the fact that no one else was telling stories for adults eventually moved him beyond his doubts about making a show, but those doubts put up a fight for sure.

I was like, ‘Oh, maybe I could some bedtime stories for adults.’ And I kept procrastinating on it because I was like ‘I don’t have enough experience’ or ‘I don’t know how to craft audio’ or ‘ah, that might be a little embarrassing.’ I kept talking myself out of it. Then, at some point, I was like ‘well, why not try it?’

Luckily for all his listeners, Drew did start his show, and he slowly built a fanbase over the last half-decade. His audience is made up of people just like him in the sense that they can’t sleep either, but they are also very different from him.

Since I’m someone that’s suffered from that sleeplessness and knowing how painful it is, knowing that I can make these fun, silly stories… and that it’s helping people that might be going through something much different than I am… Like I’ve never suffered from PTSD or dealt with chronic pain, but I can relate to that loneliness in the middle of the night and the frustration of not being able to sleep, so knowing that I can help those people is really kind of the fuel for the podcast.

Though Drew fell in love with the intimacy of podcasting, that intimacy has pushed him toward a lot of personal growth beyond the show.

It’s been a really big opportunity for me to grow as a person because it’s not easy for me to be vulnerable in my regular life, sort of put my guard down. I tend to be a more anxious, introverted person. And this has really kind of forced me to come out of my shell.

Drew comes out of that shell because he believes that the connection he forms with his listeners is especially beneficial as through it he is stepping into a place of shared difficulty and letting them know they aren’t alone.

Sleep with Me is a pretty big deal in podcasting, and I had enjoyed learning the story behind it and getting to know Drew a little during our interview, but I still had this lingering question: Why does it work?

Drew was gracious enough to understand my question and spend some time answering it.

The whole idea of the podcast is that it takes their mind off of whatever their thinking about, just like any other podcast you’d listen to during the day… but with Sleep With Me there’s no added pressure for the listener to actually listen to the show. They know it’s there to distract them but not engage them or over-engage them.

That balance between distraction and engagement is perfectly flirted with in Sleep with Me and helps explain what sets the show apart from a typical narrative. Podcasting has no shortage of people telling stories, and they have no shortage of distracting podcasts, but a show that is specifically floating somewhere in the middle is unique.

It’s kind of this balance of engaging you just enough so that you’re not thinking about whatever’s keeping you awake, but not over stimulating you so you feel like you have to listen. And then there’s also that, when I start the show, I’m like, ‘hey, you can fall asleep whenever you want. There’s no pressure to listen, and there’s also no pressure to fall asleep.

Drew knows that there are some people who listen to his show, especially the serial narratives, without the desire to fall asleep, but he has never considered making the show for entertainment. He thinks people should be able to sleep, and he wants to help them do that.

What to Look Forward To

Despite having put out over seven hundred episodes, Drew is still just excited to see where the show is going, but he also knows that some difficulty lies ahead.

I enjoy the challenge of making the show and the creative challenge of ‘oh, we’ve made 700 episodes, how are we gonna make 300 more that are a little bit different and new?’ So i guess the unknown and the challenges of keeping going, but also it feels like this medium is still really open and filled with possibility.

So, if you’re awake and you would much rather not be, Sleep with Me is the show for you. Listen, rate, and review on Podchaser.

Behind the Streams is a new series by Podchaser that explores popular podcasts and the brilliant minds behind them. Email Morgan (morgan@podchaser.com) to tell her why your favorite show should be featured next.