Episode from the podcastHope Reclaimed
Next Episode 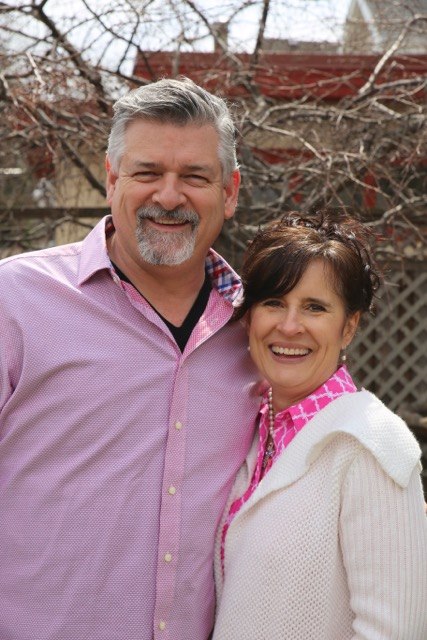 God is in the business of restoration! In this episode, Mike and Roxy Lynch share their story about how God healed their marriage after Mike had an affair several years ago. Roxy had the faith to believe that God would restore their marriage and that it would not end in divorce. Through constant prayer and community, God brought healing to their marriage.

Matthew 10:29 Are not two sparrows sold for a penny? And not one of them will fall to the ground apart from your Father.
Psalm 27: 1-4 The Lord is my light and my salvation—whom shall I fear? The Lord is the stronghold of my life—of whom shall I be afraid. When the wicked advance against me to devour me, it is my enemies and my foes who will stumble and fall. Though an army besiege me, my heart will not fear; though war break out against me, even then I will be confident
2 Corinthians 10:5 We demolish arguments and every pretension that sets itself up against the knowledge of God, and we take captive every thought to make it obedient to Christ.
James 5:16 Therefor, confess your sins to one another and pray for one another, that you may be healed. The prayer of a righteous person has great power as it is working.

Ally Force Ministries // www.allyforce.org
Mike and Roxy Lynch both grew up in the Minneapolis area. They were both Christians when they married in 1983. Seven months later, they moved to Atlanta GA where Mike started a successful career in sales. He had many prosperous years before the tide began to turn. Because of some bitterness and sin in Mikes life, things started falling apart. He grew cold toward God, and his marriage was crumbling.
11 years into the marriage and with 3 children, Mike had had enough and he left his wife and children for what he thought would be a better life. God had other plans. Mike’s wife Roxy would not allow the enemy to break up the family. She spent six months in constant prayer for him, trusting God to heal Mike, her and the family. Roxy also made a commitment to the Lord during this time that if He healed this marriage she would serve Him however and wherever He wanted.
After 4 months of separation, Roxy was led to an inner-city ministry in Atlanta called Blood-N-Fire ministries. While there God told her that the Pastor was the man she had been praying for to minister to Mike. Under the agreement with Roxy, that if he went to see this man one time she would sign the divorce papers, Mike went to visit with the Pastor once, which turned into every week. Over the next couple of months, much healing took place within Mike and he returned to his family a changed man of God. In the process, Roxy also had become a changed woman of God.
Mike and Roxy quickly became involved in the inner-city ministry and it didn’t take long to know they were called to be full time. Knowing this was ministry to the poor made it a difficult decision to make as there would be no salary. They would have to raise their own funds. Two years from first beginning to serve at BNF ministries Mike left his job and took the leap of faith. He began serving as administrator and an associate Pastor. This is where he and Roxy eventually received their ordinations.
Two years later, in 1999, God again asked them to take another leap of faith and do what neither of them wanted to do, sell all and move to Minnesota. A few months later,  after 17 years in Georgia they packed a truck and moved back to Minneapolis.
Since then They have co-founded a multi-million dollar a year ministry which has been giving to the poor and needy locally and around the world for 10 years now.
They left that organization in 2005 to begin another journey of faith. What they now do is multi faceted and includes things such as;
We have a passion to help wounded people walk into their freedom by walking closely with and mentoring them. This would include many married couples that we counsel through difficult times.
Each year we partner with Rock bottom foundation and toys for tots to feed 1000+ and give hundreds of kids toys on Christmas Eve and Christmas day
Mike has begun to visit the Poor Indian tribes in South Dakota blessing them with much needed food and clothing
There are many other small and big things that arise and we do. We do all to the Glory of God and not us or the ministry. We feel our call and mission is to raise the arms of whoever needs us at the time whether it be to one person or thousands. We are always willing and waiting on God to bring the next mission.
It has been 16 years of trusting God for the finances to do all these missions. He has never let us down. There is always enough for today, but we rarely know where are funds are coming from to supply the needs for tomorrow.
If you wish to give into God’s ministry to help us share Gods love with the needy, it will be very much appreciated. you can write the check to:
BNF Ministries
3101 Bloomington ave so
Minneapolis, MN 55407

Stories of redemption and healing from relational brokenness and divorce.