Released Friday, 8th November 2019
Good episode? Give it some love!
About
Reviews
Creators
1
Lists
Jimmy Hoffa will never be found, and won’t be forgotten either. What was it about the Teamster tough guy that’s more compelling 45 years after his perfect-crime murder than in his larger-than-life career? He was a working class hero when a third of American workers belonged to unions, the top of the labor ranks despite his open marriage to the Mob.  Jimmy Hoffa’s place in memory is right out of the movies: out of The Godfather and the golden age of the Mafia; out of Goodfellas when order was breaking down; out of The Sopranos’ modern melancholy for  a lost era—brutal, corrupt, all of it, but connected with a myth of mid-century masculinity. Was it something about a take-charge guy whose orders got followed? 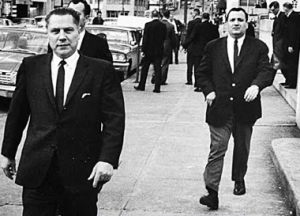 Jimmy Hoffa is a fixture in American mythology by now. The two-fisted Teamsters’ leader who vanished in 1975 in a murder plot that left not a trace of hard evidence. Still a mystery, still mesmerizing, Hoffa’s a story that Martin Scorsese can tell one way this fall in yet another big movie, The Irishman, and that a Harvard law professor out of Hoffa’s extended family can tell very differently. Jack Goldsmith is our source this radio hour: in effect he’s the step-son of Jimmy Hoffa’s step-son—with his own history inside the federal justice machinery that was part of Jimmy Hoffa’s downfall. Jack Goldsmith’s book about his step-father Chuckie O’Brien is In Hoffa’s Shadow. Call it a fathers-and-sons love story inside the Hoffa epic, with a cool hindsight on Mafia power and FBI performance in the story, and second thoughts on the Kennedy brothers’ rough, righteous war on Hoffa the man. 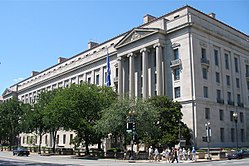 The post In Hoffa’s Shadow appeared first on Open Source with Christopher Lydon.