Episode from the podcastScreaming Pods Network
Next Episode

The Armchair Philosopher The Philosophy and Theology Of Star Trek 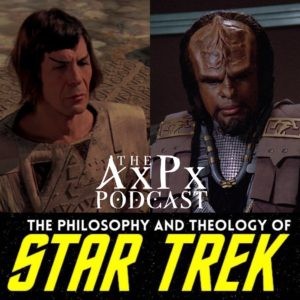 More than any other science fiction property, it can be argued that Star Trek has been influential on culture, science, religion and philosophy. I feel as if I’ve known Captain Kirk, Spock, Scotty, Bones, Uhura, Sulu and Checkov longer than Mickey Mouse or Donald Duck. While Star Wars was a cornerstone to my fascination with Science Fiction and Fantasy, Star Trek’s ideas and philosophies gave me more to chew on as I grew up. Today’s episode is dedicated to Star Trek and the impact Gene Roddenberry has made in our lives.
Joining me in the discussion is Msgr. Bob McDonald, n/OSC. He is the Vicar of the Priory of the Rose Cross in Southern Indiana. He is a long standing member of StarFleet via The International Star Trek Fan Association where he holds the fictional rank of “Captain” and is a member of the chapter USS Columbia. 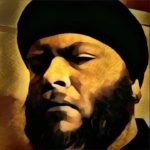 Msgr. Bob McDonald, n/OSC, is the Vicar of the Priory of the Rose Cross in Southern Indiana, and through his parish administers the sacraments as an Arch Priest in the Liberal Gnostic Rite of the Oriental Apostolic Church of Damcar. Msgr. Bob is also a member of the Order of Saint Cyprian. Along with his duties in his parish and his life as a Priest, Msgr. Bob is also a student in countless philosophical and religious systems, and instructor in Kabbalah, a certified practitioner or Reiki and a Master Mason within Freemasonry.
Aside from his religious, esoteric and fraternal life, Msgr. Bob is a long standing member of StarFleet, The International Star Trek Fan Associa… where he holds the fictional rank of “Captain” and is a member of the chapter USS Columbia.
Further Reading:
Live long and prosper – the philosophy of Star Tre…
Star Trek and Gene Roddenberry’s “Vision of the Fu…
Ex Astris Scientia: Religion in Star Trek
Do Religions Exist In Star Trek?
The Real Star Trek Theology: Gene Roddenberry’s Pa…
Credits:
Enjoy the show? Please consider becoming a Patron for $1/month for behind-the-scenes information and exclusives: Patreon.com/theaxpx

Welcome to The Screaming Pods Network! A Co-op of independent broadcasters and shows dedicated to producing quality content about topics they are incredibly passionate about and deepening connections within their respective communities. Shows range from humorous entertainment (The SPLATHOUSE, The SOVPOD), film reviews (The Screamcast, Just The Discs, Bloody Popcorn), to philosophical dialogues (The AxPx). Here you’ll find great shows with high standards in production and conversation.