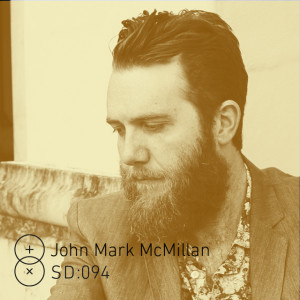 John Mark McMillan is something of an anomaly. From the very beginning of his career, nearly a decade ago, his music has defied easy categorization. A singer-songwriter as interested in musical exploration as lyrical exploration, McMillan carved his own path from the outset—with an ear for melody with a poet’s eye for metaphor—no topic was off-limits: death and love; isolation and exultation; restlessness and silence. And always consistent—an ongoing dialogue with God, ever-wrestling for some kind of blessing and usually at volumes most suited for rock clubs.  – From johnmarkmcmillan.com
John Mark’s latest album You Are The Avalanche

, was a collaboration between him and his wife Sarah. It released in June.

Some things discussed on the show…

…how JM grew up the charismatic movement in the 80’s and 90’s.
…JM’s crisis of faith, and the role of The Divine Conspiracy.
….JM’s relationship to his song “How He Loves” after 11 years and being asked to play it at almost every show.
…the difficulty of making money while being a Christian artist.
…how JM writes music differently than he did before having children.
…the impact Bruce Springsteen has had on JM.

Our Beloved Sponsor
I’m very excited to announce to you our newest sponsor: Greatest Stories Ever Told. GSET is an independent publisher.
One book from GSET that you’ll be interested in is Forgotten Gospel: The Original Message of a Conque…. Forgotten Gospel is similar in some ways to the works of N.T. Wright and Scot McKnight in which they explore the real meaning of the word “Gospel”. 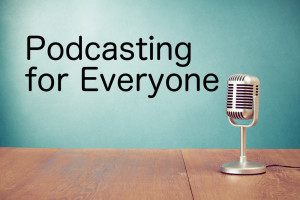 My podcasting e-course is LIVE. To get a free lesson and register click here. Use promo code SEMINARYDROPOUT to get 25% off.
If you liked this episode then you might also like…
Seminary Dropout 32: Talking Baseball, Music & the…
Seminary Dropout 51: Michael Gungor Talks Creation…