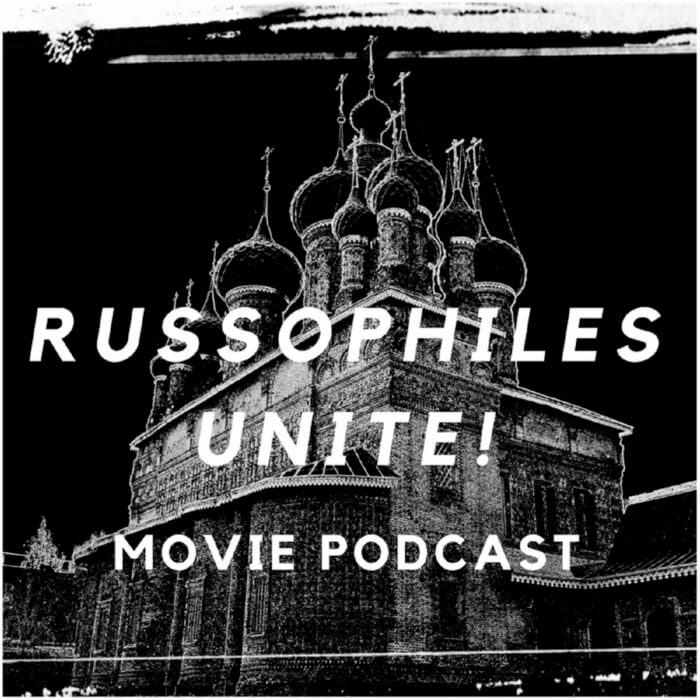 When I contact podcasts to interview one thing that is always at the front of my mind is showing my readers podcasts they never imagined. Sometimes that means there are some genres I don’t hit on a ton because we all know there are thousands of podcasts of two guys just talking about their lives and covering those wouldn’t really be bringing anything new to the table. I recently added “movie podcasts” to the list of topics I wouldn’t cover, until Alistair Pitts contacted me about his show Russophiles Unite! Movie Podcast. Trust me, this is a movie podcast like no other, and I’m excited to tell you all about it.

Alistair has been a long time fan of podcasts and told me that while he was “living in Moscow [he] had long commutes on the metro so [he] was a fan of BBC Radio 5” and other film podcasts. “One day I was just a little bored with the fil selection of the podcast, which only went back to thirty or forty years ago,” Alistair said. A friend then turned him toward indie podcasts and he really enjoyed the way some of them covered films. Alistair ended up getting to appear as a guest on his favorite of those indie podcasts, after which he thought, “I think I enjoy this podcasting lot.” So Alistair decided to make his own podcast and realized that Russian films were an “underexplored niche,” and Russophiles Unite! was born.

Alistair decided he wanted to have ten episodes ready before he releases anything which meant things had a slow start, but since then the show has really picked up and moved into a steady rhythm. So what is Russophiles Unite!? “It’s me and a guest discussing either a Russian movie or a film with a Russian connection,” Alistair explained. The show is split into two segments, the first introducing the guest and the second discussing the movie. Alistair explained that ideally he and the guest would record the introduction, go watch the film together, and then record the discussion and analysis of the movie. “But quite often I’m having guests who are many miles or, indeed, many time zones away,” Alistair said, which of course means that recording looks a bit different for each guest, but the content stays just as engaging.

When I asked Alistair about the challenges he faced in podcasting he said “I want it to be a pleasant listening experience and I’m not always the most pleasant talker… That’s something I’ve improved over the time I’ve done it: pausing instead of saying ‘um’ and then learning to edit around that.” Alistair pointed to his perfectionism as a major hurdle to overcome, but said that knowing the show has to be posted every two weeks keeps him from “continue editing for years and years and years until it was perfect and immaculate.” Of course, there are upsides to every adventure as well, and Alistair was quick to tell me about those as well.

“The great thing about my format is that it gives me that reason to seek out interesting people and ask ‘would you like to be on my podcast?’ And it just means I’ve had some really interesting conversations,” Alistair said, explaining that he also listens to a lot more podcasts on his hunt to find possible guests and he has enjoyed that as well. Going forward, Alistair is looking forward to getting to talk with more and more fascinating people and sharing those interviews with his listeners, as well as exposing them to more and more great Russian films.

So, if you love Russia, films, or the two combined, check out Russophiles Unite! And leave a rating and review to let Alistair know what you think!